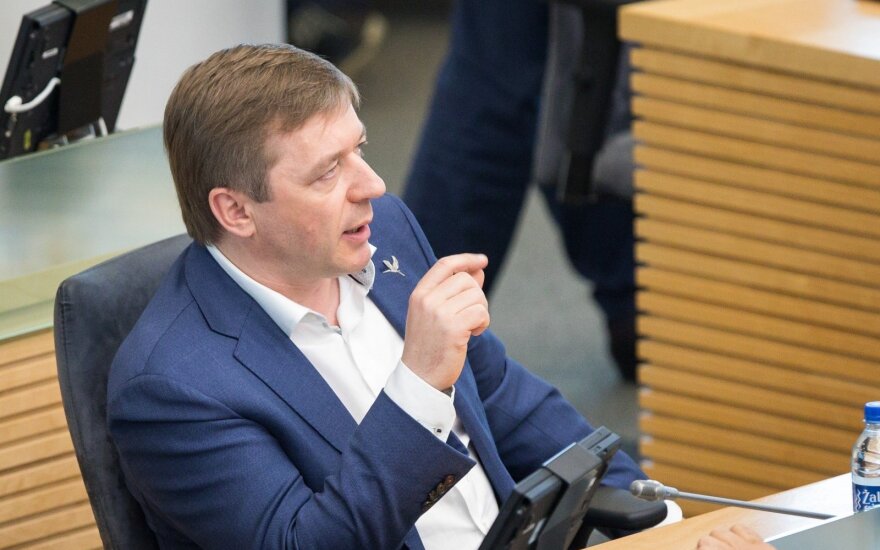 "We will take all possible measures for food prices in Lithuania's supermarkets not to grow," he told the Žinių Radijas news radio on Tuesday.

In his words, one of the possible measures would be restrict working times for supermarkets on weekends, and this way promote the establishment of smaller shops.

"If we had the same mechanisms that we could use to regulate food prices, we would definitely do that. But it doesn’t work this way as food prices are not regulated this way since we would soon be sanctioned by the European Union. But we cane take some measures and one of them is to change working time and ban supermarkets from working on weekends," Karbauskis said.

Rising prices in Lithuania could be taken under control by tougher competition in the retail sector which is now lacking it, Prime Minister Saulius Skvernelis said on Monday.

In his words, the government is considering facilitating the opening of smaller shops and also reducing big chains' influence by limiting their work on weekends.

"I believe that, being aware of the mood in the parliament, any working time restrictions would be backed, some transitional restrictions probably, for Sundays or every other Sunday for the start," the prime minister told the delfi.lt news website.

In his words, a similar model is now in place in Poland where only the shop's owner and their family members can work on Sundays, but not hired staff.

"The main problem is that we have very few of those small shops. (…) This is what the main challenge is. How to make that number of small family business, small business, cooperative businesses to grow. Now we have a situation in city centers where there are three different large supermarkets practically in one area," Skvernelis said.

The government plans to draft specific proposals in September, he said, adding that the plans would be discussed with associated business structures.

In late June, the Seimas of Lithuania started deliberating a proposal, submitted by the ruling Lithuanian Farmers and Greens Union, to ban shops from opening on holidays and the last Sunday of the month as of 2019.

Rising prices in Lithuania could be taken under control by tougher competition in the retail sector...