BNS
The Lithuanian Liberal Movement, which has been battling a leadership crisis and recently lost state funding over financing violations, is also losing the support of the voters, shows a poll conducted by the market research company RAIT for BNS Lithuania. 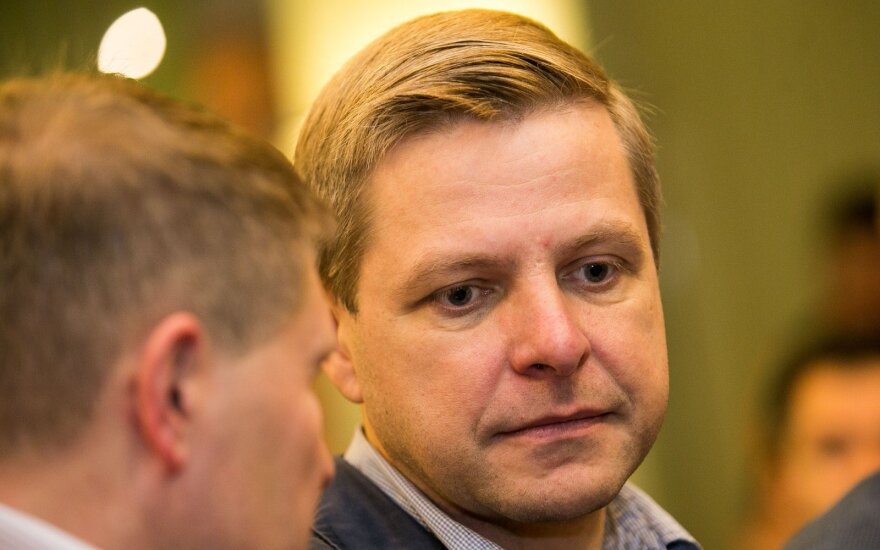 In the latest poll, the Liberals are supported by 6 percent of respondents, a sharp decline from 9 percent in the last two surveys.

According to the poll, the opposition conservatives may expect the highest support at the moment, with 18 percent of those polled planning to vote for the conservative Homeland Union – Lithuanian Christian Democrats. The ruling Lithuanian Farmers and Greens Union is close behind, with support of 15 percent. The difference between the two parties and the change in its ratings has been within the error margin for the past four months.

The Social Democratic Party is third with support of 11 percent, unchanged from the earlier two months.

According to the poll, other parties would fail to cross the five-percent margin to win parliamentary mandates. The Order and Justice party and the Lithuanian Center Party are the closest to the margin with support of 4 percent of those polled.

The poll was conducted on Oct. 14-29. During the survey, Lithuania's election watchdog announced that the Liberal Movement had committed a gross violation of election campaign financing rules and decided to leave it without a six-month grant. Soon after that, Vilnius Mayor Remigijus Šimašius resigned from the party's leadership.

The survey period was also prevailed by heated discussions about the split of the Social Democratic Party and the government-proposed 2018 budget draft, while the Constitutional Court ruled that a referendum was needed to secure dual citizenship.

According to the poll, the Liberal Movement's problems have also undermined Šimašius' popularity. In the survey, 30 percent of respondents favoured Šimašius and 26 percent disliked him, as compared with respective figures of 43 percent and 17 percent a month ago. The Lithuanian capital's mayor is most favored by young wealthy individuals, while people of older age and the lowest income have the least confidence in him. During the survey, the mayor's plans to sack then administrative director was in the spotlight of public attention.

No major changes were reported in the popularity line-up of other politicians.

President Dalia Grybauskaitė was favoured by 60 percent of those polled and disliked by 13 percent, while respective figures for Prime Minister Saulius Skvernelis were 42 percent and 24 percent, Parliamentary Speaker Viktoras Pranckietis 39 percent and 18 percent and the conservatives' leader Gabrielius Landsbergis 37 percent and 27 percent. The Social Democratic Party's leader Gintautas Paluckas was favored by 26 percent and disfavored by 27 percent, the LFGU leader Ramūnas Karbauskis followed with 28 percent and 38 percent and Valdemar Tomaševski, the leader of the Electoral Action of Poles in Lithuania – Union of Christian Families, with 8 percent and 52 percent.

Some 1,007 Lithuanian residents between ages of 15 and 74 were interviewed in the poll. The error margin was 3.1 percent.