Lithuania's Liberals catch up with Conservatives in polls 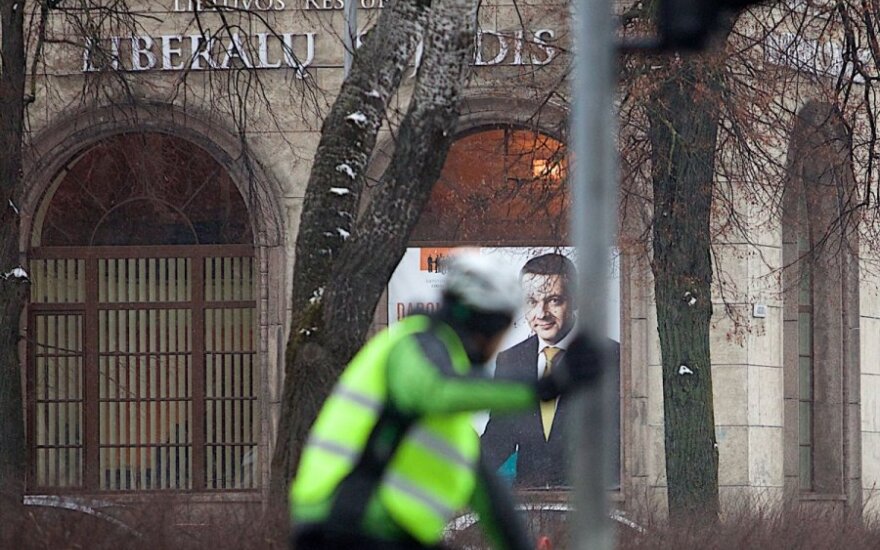 Political experts warn the party's opponents that the Liberals, who are becoming more and more popular with voters, could win both the leftist and the rightist electorate. However, they do not expect a sudden rise of the party and explain that the reason for this lies in the organisational structure of this political force.

A poll commissioned by ELTA news agency and carried out on 12-22 December by public opinion and market research company Baltijos Tyrimai asked adult residents of the country which party they would vote for if parliamentary elections were held the following day.

The poll showed that a quarter (24 percent) of respondents would support the Social Democrats, a similar share of population would vote for other four parties: the Labour Party (10 percent), the Homeland Union-Lithuanian Christian Democrats (Conservatives) (10 percent), the Liberal Movement (10 percent) and the Order and Justice party (9 percent). Other political parties would pass the 5-percent threshold to win parliament seats.

Sociologists reviewed the changes in ratings of the parties that took place over the last year. Compared to a poll conducted in December 2013, it was noted that the number of those willing to vote for the Liberals increased the most - the number of supporters of this party doubled from 5 percent a year ago to 10 percent in December 2014.

The ratings of other parties did not change significantly: the popularity of the Social Democrats shrank by 3 percentage points, the Order and Justice party's - down by 2 percent, while the rating of the non-parliamentary party Lithuanian Peasant and Greens Union grew by 2 percent, but it would still not make it to the Seimas.