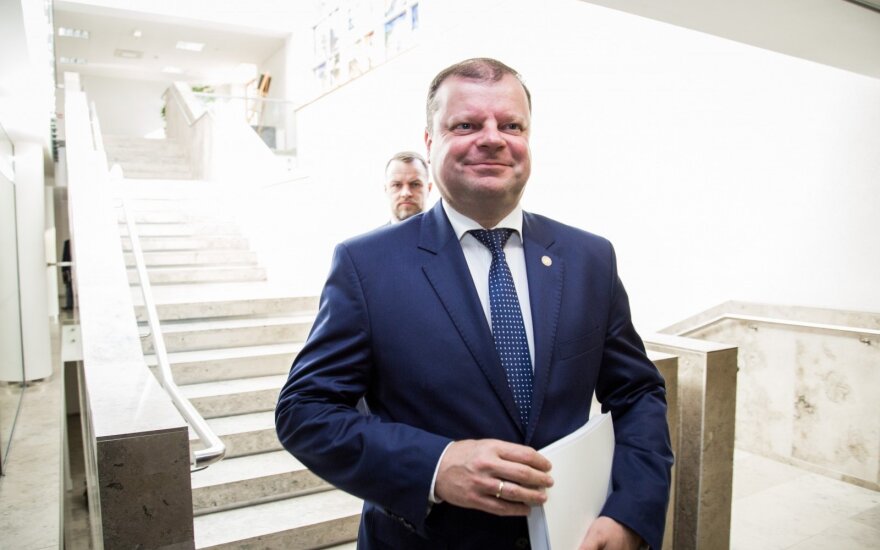 The Central Electoral Commission said on Tuesday that the party committed a violation by failing to specify the spending in a special report of the political campaign, adding that the offense was not major.

The conclusion was supported by nine members of the election watchdog. Vilius Semeška, a member delegated by the opposition conservatives, abstained in the ballot.

The ruling LFGU faces administrative liability for the offense.

The election watchdog established that a single person had been employed by the LFGU before April 2016, while seven more were hired from April, including Skvernelis and current MPs Rūta Miliūtė, Dovile Šakalienė, etc.

Contracts of indefinite duration were concluded with the persons, they were hired as coordinators of operations. The contracts were terminated immediately after the second round of parliamentary elections in late October of 2016.

"Spending on the seven coordinators of operations total at 64,935 euros," said Lina Petronienė, head of the election commission's Division for Financing Control of Political Parties and Campaigns.

On the other hand, the law does not list staff costs as political campaign spending.

Lithuania's President Dalia Grybauskaitė has suggested to consider discarding the scheme where part...

Laura Matjošaitytė , chairwoman of Lithuania's Central Electoral Commission , is staying in the...

Lithuania's Central Electoral Commission on Monday voted unanimously to revoke the mandate of...