BNS
aA
The State Commission of the Lithuanian Language will this week discuss whether it support changing the name of Georgia to its original version of Sakartvelo. 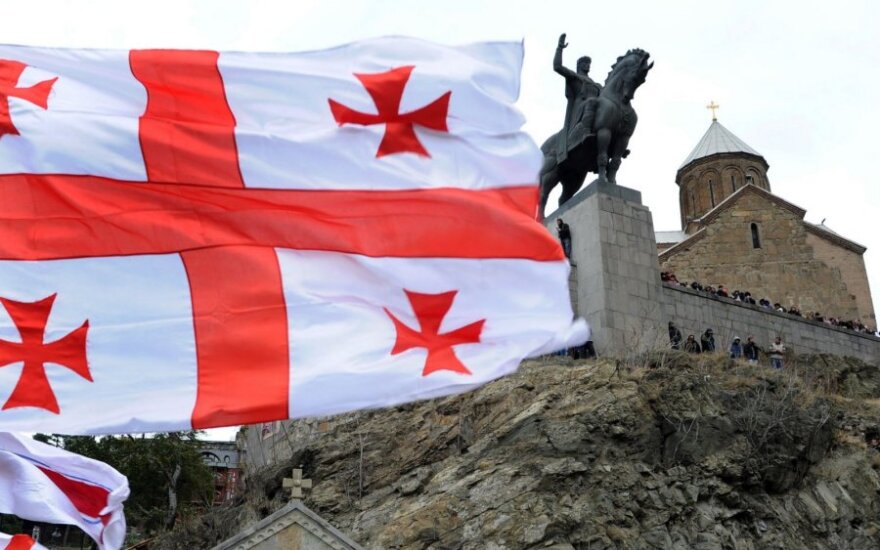 Lithuanians were asked by Georgia's President Georgi Margvelashvili to change the name they use for his country from "Gruzija" to "Georgija" or "Sakartvelo". The commission will Thursday discuss support to the Lithuanian version of the name, "Sakartvelija".

"We have 17 members of the commission and the opinions are different. I will be frank – we should take the step of friendship to Georgia, as it would not harm the Lithuanian language in any way," the commission's chairman Audrys Antanaitis told BNS.

Related articles
'Sakartvelija' could be 2nd name for Georgia in Lithuania - language watchdog
Žygimantas Pavilionis. The day we recovered leadership

The debates were welcomed by Georgia's Ambassador Khatuna Salukvadze.

"I certainly welcome the fact that the issue of introducing the authentic name of Georgia in the Lithuanian language is being considered by the State Language Commission. Indeed, this initiative came from the Embassy of Georgia. But we also had a very solid basis for that, because many Lithuanians are supporting that idea, it kind of came from Lithuanians. So we are just happy to voice that," the ambassador told BNS, adding she expected a positive conclusion from the language watchdog.

Meanwhile, the Vilnius City Municipality is taking things a step further – it is considering naming a street in the Lithuanian capital after Georgia.

A Tbilisi Square already exists in a Vilnius neighborhood, while the municipality suggests that the Georgian Street could be located in Naujoji Vilnia.

"Vilnius would be ready to name a street after Kartvelians – the old name for Georgia. If this suits them, Vilnius would have the Katvelian Street. Their initial proposal was the Georgian Street but we looked and saw that we already have the Tbilisi Square, so the Georgian Street would not fit the context," Darius Kuolys, vice-chairman of the Vilnius commission for names, monuments and memorial signs, told BNS.

"It would be a great gift for Georgia, to name the street after Georgia in Vilnius," said the ambassador.

The language commission has concluded there were no grounds for changing the Lithuanian version of the name of Georgia, as the current version had a long history of use and a unique form that fits the Lithuanian language, furthermore, the authentic name of Sakartvelo was not used anywhere in the European Union.

'Sakartvelija' could be 2nd name for Georgia in Lithuania - language watchdog

The chairman of the State Commission of the Lithuanian Language says that "Sakartvelija" could be a...

Major General Vladimer Chachibaia , the Chief of General Staff of the Georgian Armed Forces, on...