BNS
The government is ready to take the coordinating role and coordinate the positions of political parties on defence matters to facilitate signing of a long-term document on the country's defence strategy, says Prime Minister Saulius Skvernelis. 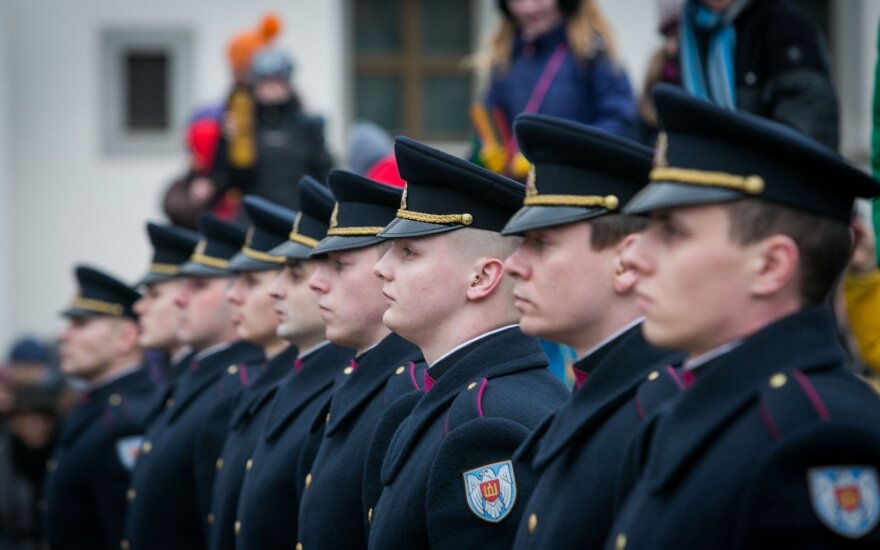 At the same time, the prime minister noted that signing of the defense agreement should not be rushed until a decision is taken about universal conscription, as the chosen model of army will determine the financial obligations.

On Wednesday, the prime minister and the opposition political group of the conservative Homeland Union – Lithuanian Christian Democrats discussed the proposed agreement on foreign, security and defense policy guidelines. The suggestion is that the draft should include an obligation to "ensure even increase of defense spending" after the country this year for the first time reached the 2-percent of the GDP margin. The conservatives suggest earmarking 2.5 percent of the GDP for defense by 2020.

In the prime minister's words, speaking about specific numbers should only be discussed after decision on the future model of the Armed Forces – universal conscription or the existing mixed model.

Gabrielius Landsbergis, the leader of the Homeland Union – Lithuanian Christian Democrats, told journalists after the meeting that the prime minister's position was acceptable.

"We agree with the prime minister, we have the same vision, he appoints a political personality to head the group and to rally the parties. The prime minister takes it into his hands, this is a responsible attitude, and we will view the agreement seriously," said Landsbergis.

This year's budget earmarks 2.06 percent of the GDP, which is an increase by 149.2 million euros from last year to 873 million euros. Skvernelis earlier pledged that the funding would be increased further.

Partial conscription was reintroduced in 2015 in response to Russia's aggression in Ukraine. Some 3,800 conscripts were recruited this year, which is a rise by 300 young persons from 2017.

Lithuanian military brigade to be affiliated to German division (1)

The Iron Wolf mechanized infantry brigade of the Lithuanian Armed Forces is planned to be affiliated...

Amid disagreements of Lithuania's opposition on further commitment among parties to raise defence...