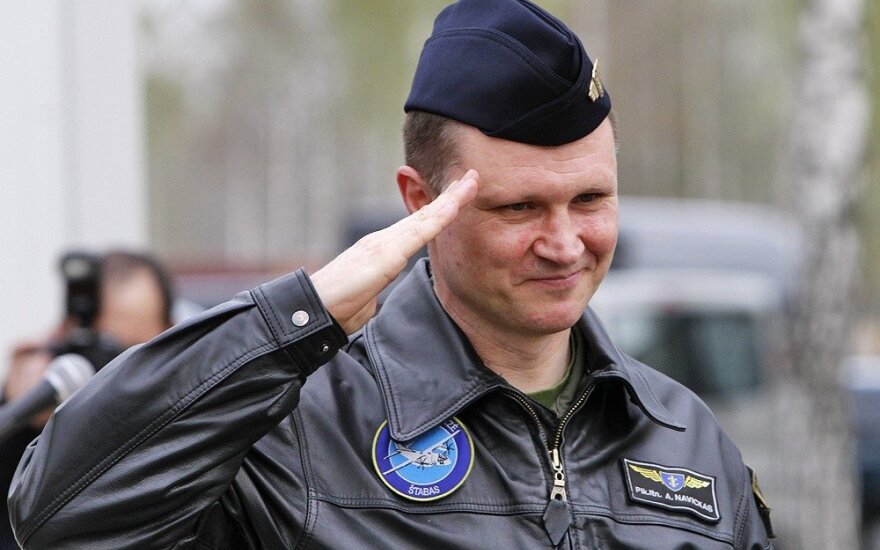 The move follows the military intelligence's assessment that the colonel "belittled" the defence minister and the chief of defense and sought to discredit the national defense system, it said in a press release

Navickas in late 2016 was suspended from duties as the Air Force commander over plans to send military helicopters to Russia for repairs.

According to the press release, the Second Investigation Department, which conducts military intelligence, informed the chief of defense about Navickas' actions during his suspension and later.

"According to the information provided, Colonel Navickas formed and supported a negative attitude of the defence system's personnel toward executing orders by the top command of the Lithuanian Armed Forces, including the defence of the state," the ministry said.

"The minister also belittled the defence minister (and) the chief of defence (and) his competence, as well as the heads and commanders of certain units of the Defence Ministry and the Lithuanian Armed Forces, (and) criticized their decisions, thus weakening the morale of the personnel of the Lithuanian Air Force," it said.

Navickas last December was suspended from duties as the Air Force commander and was later placed in the temporary reserve of the personnel of the Lithuanian Armed Forces. The Defence Ministry said that the colonel had endorsed a decision to send two search and rescue helicopters for an overhaul in Russia.

Lithuanian Air Force commander on visit to Belgium and Italy

On 20-24 October, Commander of the Lithuanian Air Force , Colonel Audronis Navickas is conducting...

Gazprom 's proposed commitments in the Lithuanian and other Central and Eastern Europea n gas...