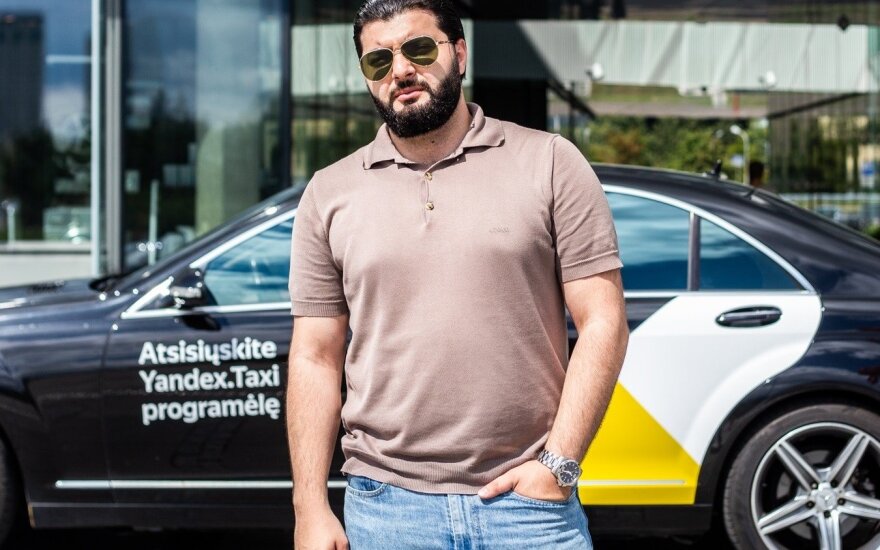 Yandex.taxi driver during promotional launch of the app in Vilnius

The need of the Russian-owned ride-sharing service provider's app for information from a user's mobile device "potentially creates conditions for unlawful collection and storage of personal data, causing concern regarding their security", the ministry said in a press release.

"The NCSC under the Ministry of National Defense is carrying out a comprehensive security analysis of the Yandex.Taxi app. Until specific facts on the app's security are not identified, the NCSC recommends against installing it onto your devices," it said.

"It is especially important that this app is not used in devices of Lithuanian civil servants and officials and national defense system employees".

The ministry emphasized that the Yandex.Taxi app requests access to a large amount of sensitive information and permission to use such functions of a user's device as activating its camera or microphone or managing its wireless network access.

Related articles
Vilnius mayor turns to competition watchdog over Yandex.Taxi
Lithuania to set up regional cyber security center in Kaunas with US

Based on the terms of use of the app, data from a user's device are stored on the servers of the organization, which is headquartered in Russia, and may be provided to public bodies, regulatory authorities, courts and other third parties, the ministry said.

Lithuania's intelligence bodies said in their National Threat Assessment 2018 report that Russia's intelligence and security services (RISS) "are legally authorized and technically capable to gain access to the data of Russian and foreign citizens who use Russian social network platforms".

"The communication and IT service providers in Russia are obliged to store and submit to respective institutions data about Russian citizens which is stored in servers on the Russian territory", they said.

"The threat of personal data leakage to RISS is relevant to all individuals including foreign citizens who use Russian social networks and email services, such as odnoklasniki, mail.ru, yandex etc."

Vilnius Mayor Remigijus Šimašius and MP Audronius Ažubalis last week asked the State Security Department for information on whether Yandex.Taxi's activities in Lithuania do not pose a threat to Lithuania's national security.

The Yandex.Taxi app was launched in Vilnius last Thursday. The company's representatives say it has 300 cars in the Lithuanian capital.

Yandex.Taxi says that it is an international company registered in Amsterdam, although its IT specialists are based in Moscow.

Vilnius Mayor Remigijus Šimašius has turned to Lithuanian's Competition Council, asking for an...

Lithuania is holding talks with the United States on establishing a regional cyber security center...

The Lithuanian government proposes to sanction directors or other responsible personnel of...