BNS
aA
A plan by Federica Mogherini, EU High Representative for Foreign Affairs and Security Policy, regarding relations with Russia is constructive one and leaves space for discussions, Vytenis Povilas Andriukaitis, the EU Commissioner for Health and Food Safety, has said. 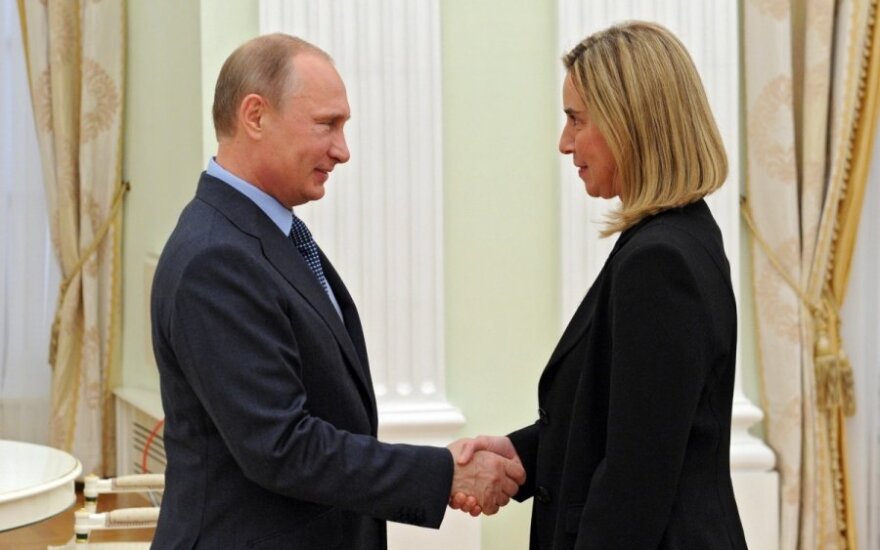 “There are just two initiatives: to aggravate everyone’s situation or to look for ways out. Constructive paths always leave open windows, hence Mogherini’s plan of open windows is constructive. I had a meeting with the Russian minister for agriculture today and we agreed that we should discuss the [situation relating to] swine fever and this is relevant to Poland, Lithuania, Latvia and Estonia. We agreed to move forward while looking for ways out,” the Lithuanian EU commissioner told reporters on the sidelines of the International Green Week Berlin 2015 on Friday.

He would not speculate about possible changes in Russia’s approach towards sanctions against the Union’s farm products, which might be triggered by such a plan. In his view, any easing of sanctions should be part of overall efforts.

Related articles
Lithuanian foreign minister: Sanctions have economic and political effect on Russia  (1)
Khodorkovsky in Vilnius: Sanctions for Russia should be revised  (1)

“I think everything comes together. Obviously, it’s necessary to open windows for various opportunities in the first place and to monitor progress in those processes. In this particular case, making forecasts is not a good idea. However, it’s necessary to act,” Andriukaitis said.

Media reports earlier said that Mogherini had sent a discussion paper to the 28 Member States of the EU, spelling out options for future relations with Russia. The document reportedly speaks about a partial resumption of relations with Russia in exchange for gradual measures from Moscow, which would help mitigate the crisis in Ukraine.

The Union’s foreign policy chiefs will discuss these proposals on Monday.

The existing sanctions have not only an economic, but also a political effect on Russia ,...

Lithuania's new Ambassador to Russia Remigijus Motuzas has said on Thursday he does see signs of...