Elta EN
On 16-18 July, Vilnius is hosting the annual meeting of the heads of Lithuania's diplomatic representations. Diplomats will meet with the heads of state, discuss the impact of international security situation on the diplomatic service, cooperation with business and the role of public diplomacy. 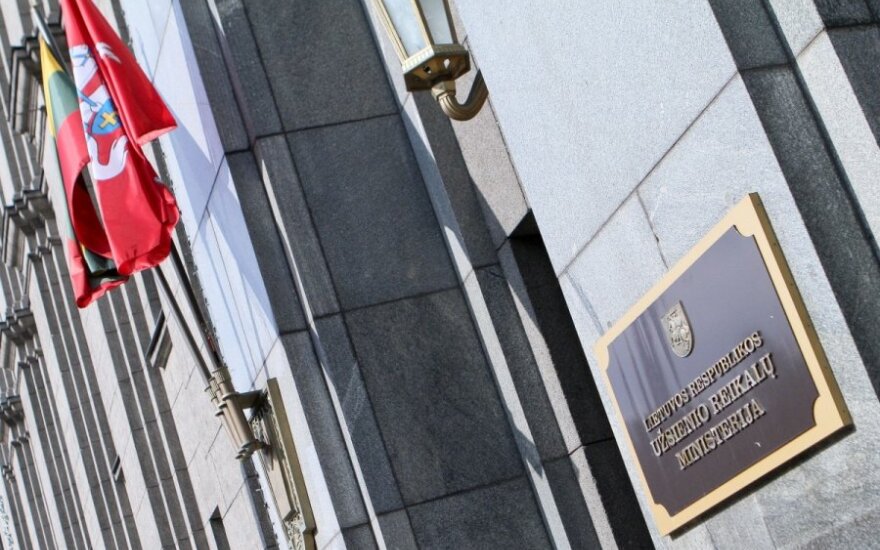 On the first day, ambassadors are meeting with President Dalia Grybauskaitė, Prime Minister Algirdas Butkevičius and members of the Government.

Later the minister of foreign affairs will deliver the annual report, the diplomats will hold a discussion, Impact and Challenges of the Changing International Situation for the Diplomatic Service.

On 17 July, a discussion The Eastern Partnership - Enlargement Cannot be Stopped will be held, with Stefan Fule, the European Commissioner for Enlargement and European Neighbourhood Policy, as the keynote speaker.

Afterwards, a session to overview economic diplomacy is scheduled. Successes and challenges in Lithuanian energy and transport sectors, possibilities to stimulate export and investment, impact of international processes on Lithuania's investment attractiveness will be discussed. Minister of Energy Jaroslav Neverovię and Minister of Economy Evaldas Gustas will participate in the discussion.

"Now that the geopolitical situation has changed in Europe, we must find ways and solutions to ensure Lithuania's political, economic, energy and information security. We must stand even more united and not allow spreading propaganda or smear information about our country. We must continue working together to build a strong and reliable Lithuania where every citizen feels safe and secure," President Grybauskaitė said after meeting the ambassadors.

According to the president, it is very important to strengthen Lithuania's political security and its international visibility. In the face of Russian aggression against Ukraine, the voice of Lithuania is better heard at global level. Therefore, our country must retain its expert status on pressing regional issues. Lithuanian efforts help bring the EU's and NATO's partners together to prevent a new security scheme from being imposed on Europe.

To achieve national economic security, the president said, it is key to complete and consolidate the work started: to improve Lithuania's energy security by implementing strategic projects and finding reliable energy suppliers. It is also important to further strengthen interaction ties with Lithuania's strategic partners - the European Union, NATO allies and the United States.

According to the president, it is necessary to enhance Lithuania's economic diplomacy. "We should make better use of our potential to attract foreign manufacturers, service providers and investments," Grybauskaitė said. She underlined that we needed to prepare very responsibly for negotiations on Lithuania's membership in the OECD - which brings together economically strong and stable countries.

The ambassadors of the Czech Republic and Spain are ending their terms in Vilnius this July and...