BNS
aA
Lithuania's budget for 2019 will be socially responsible and will help improve the quality of life for a large part of the population, Prime Minister Saulius Skvernelis said on Tuesday. 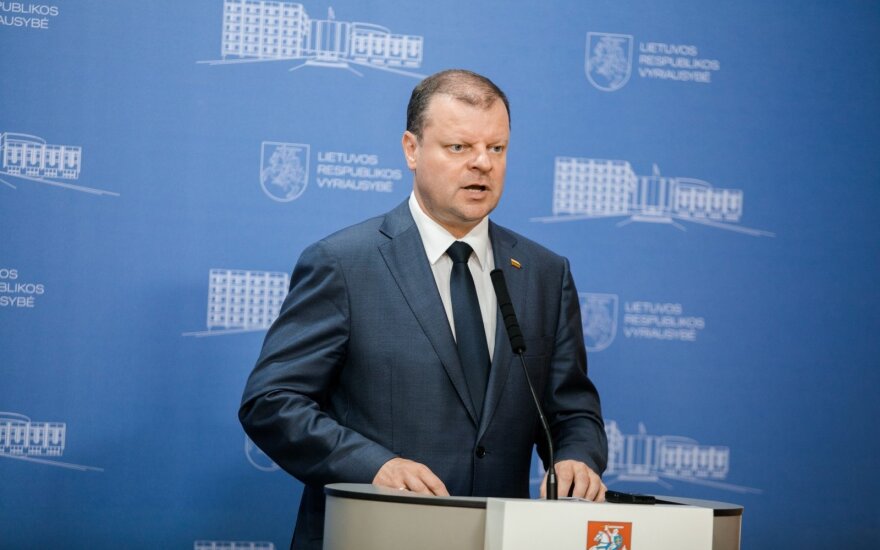 "Most importantly, the budget provides for the structural reforms approved by the government and the Seimas. These are education, social protection, health and innovation reforms and other important things aimed at achieving an improvement in the quality of life and income growth for our people. This is a socially responsible budget," he said on LRT Radio.

Unlike this year's budget, which focuses on the lowest-income people, next year's budget is oriented toward broader population groups, the prime minister said.

"Quite a large amount of money, more than 600 million euros, is allocated for working population, including each of us. We focused on people on the lowest income in this year's budget, but (next year's budget) covers the so-called middle class as well," Skvernelis said.

"I want to emphasize that we'll form a reserve of more than a billion euros and we'll have it in place as early as next year in case, God forbid, a crisis should occur someday. We'll have a surplus budget and we'll strictly adhere to financial discipline," the prime minister said.

again and we will be subject to strict financial discipline. So that the budget, I hope, will be successfully adopted and the impact will be felt by each of us living and working

"I hope the budget will be successfully passed and each of us will feel an effect," he added.

The Cabinet plans to discuss next year's draft budget on Tuesday and to submit it to the parliament on the same day.

The government is also expected to give the green light for raising the minimum monthly wage by 30 euros to 430 euros next January. The actual amount will be 555 euros due to taxation changes taking effect in early 2019.

Ingrida Šimonytė. I have hope for different politics