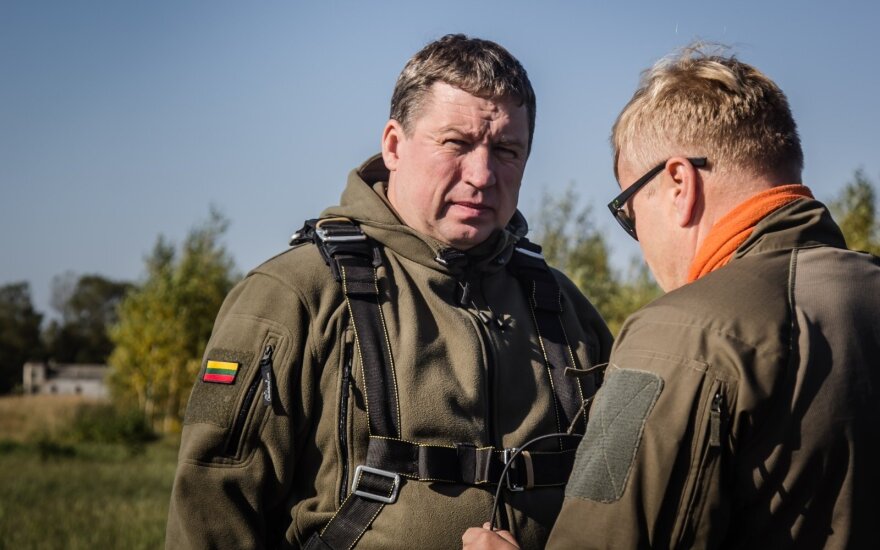 In his words, the budget draft under discussion at the government this week envisages a defense budget increase by 149.2 million euros to 873 million euros.

"The budget draft submitted to the Seimas corresponds to the objective we have announced – the 2018 needs of the defense system are satisfied and we reach the NATO requirement on budget financing. The projections suggest 2.006 percent," Karoblis told BNS.

In the minister's words, if the economy grows faster than projected and the current sum is below 2 percent, the spending could be increased through the course of the year.

This year, Lithuania's defense spending was 723.8 million euros, which makes 1.8 percent of the GDP.

According to NATO standards, member-states of the Alliance have committed to seeking to allocate 2 percent of their GDPs for defense. 2018 will be the first year Lithuania and Latvia reach the goal, while the United States, Greece, Great Britain, Estonia, Poland and Romania crossed the margin this year.

US President Donald Trump has strongly pressed Allies in Europe to raise their defense budgets.

The 2018 budget draft will be submitted to the Lithuanian government on Wednesday as the first budget...