BNS EN
aA
Lithuania has received an invitation from Moscow to observe Zapad (West), a large-scale military exercise to be held jointly by Russia and Belarus in September. 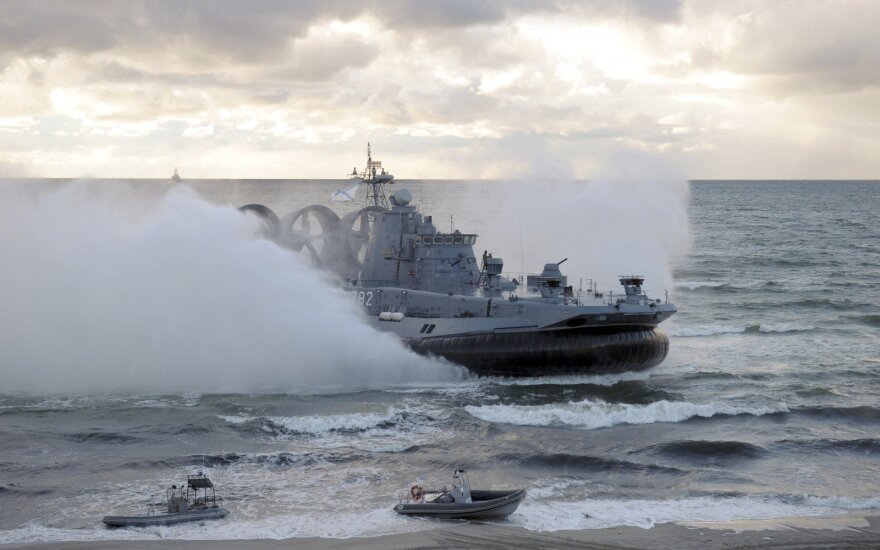 This follows an invitation from Belarus for Lithuanian to send its observers to Zapad.

"Lithuania, along with other nations in the region, has received invitations from Belarus and Russia to observe the Zapad 2017 exercise," Asta Galdikaitė, the Lithuanian Defense Ministry's spokeswoman, told BNS on Wednesday.

It is planned that the Lithuanian Armed Forces' arms control inspectors will participate in the Zapad observation program on Belarus' territory on Sept. 16 to 20 and that Lithuania's defense attaché to Russia will go to the Luga training area in the Leningrad region on Sept. 19 to watch an episode of the exercise, she said.

Lithuania's military intelligence says that the Zapad scenario will very likely simulate an armed conflict with NATO and warns about possible incidents and provocations in the border area during the war games.

"The greatest risks apparently come from potential errors on the part of the opponents and, possibly, local provocations -- this is primarily why we have to be vigilant," Lithuanian Defense Minister Raimundas Karoblis told the Žinių Radijas radio station on Wednesday.

"There may also be an intensification of information attacks aimed at discrediting our allied troops, discrediting the Lithuanian Armed Forces, showing the might of Russia and Belarus, and cyber-attacks are also possible," he said.

According to the minister, currently there is no information to suggest that that exercise might be a prelude to an actual conflict.

Some observers warn that Russian may leave a part of its military personnel and equipment in Belarus once the Zapad drills are over.

Karoblis said that Lithuanians, along with other observers, would try to check if this might be true.

"Defense and military attachés accredited in Belarus have been invited and our attaché is also going to participate. Lithuania also plans to make use of all the possibilities provided by the Organization for Security and Cooperation in Europe, such as inspections to check if all military units have left the training areas. Lithuania prepares to use these mechanisms," he said.

Moscow and Minsk say that the Zapad exercise, which takes place every four years, poses no threat to neighboring countries.

Defmin hopes there won't be incidents during Putin's trip to Kaliningrad

Lithuanian Defense Minister Raimundas Karoblis expects that there will be no incidents as Russian...

NATO fighter jets conducting the Alliance's air-policing mission from Lithuania and Estonia were...