Elta EN
aA
A recent survey has revealed that Lithuanians still trust the most President Dalia Grybauskaitė, who has been re-elected for a second term of office, and Prime Minister Algirdas Butkevičius, who is also Chair of the Lithuanian Social Democratic Party. The leader of the party Order and Justice MEP Rolandas Paksas is third most popular public figure. 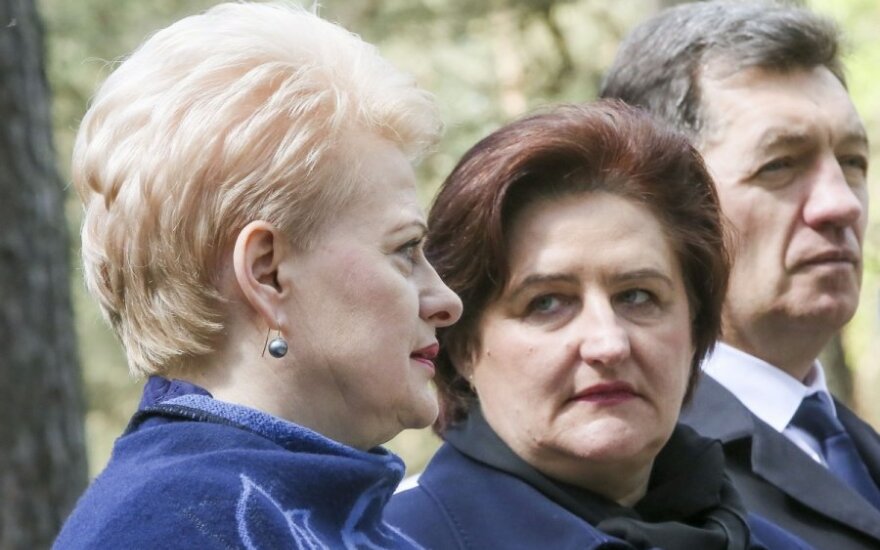 The latest survey, commissioned by news agency ELTA and carried out on 23-31 May by market research and public opinion survey company Baltijos Tyrimai, asked the respondents to indicate who of the public figures they trusted the most. The respondents had to choose public figures themselves. A total of 80 people were mentioned, compared with 102 two months ago. 25 percent of the polled either said they did not trust any public figure or did not answer the question.

4 percent of the respondents said they trusted Chair of the Liberal Movement MP Eligijus Masiulis. 3 percent each indicated they trusted former president Valdas Adamkus, new Mayor of Vilnius Remigijus Šimašius from the Liberal Movement and the founder of the Labour Party MEP Viktor Uspaskikh. 2 percent of the polled each have favourably evaluated economist and member of Vilnius City Municipality Council Aušra Maldeikienė, MPs Arturas Paulauskas and Naglis Puteikis, and MEP Vilija Blinkevičiūtė.