BNS EN
aA
As German President Frank-Walter Steinmeier on Friday plans to pay homage to the Holocaust victims in Paneriai, outside Vilnius, the leader of the Jewish Community of Lithuania (JCL) says that they highly appreciate such attention. 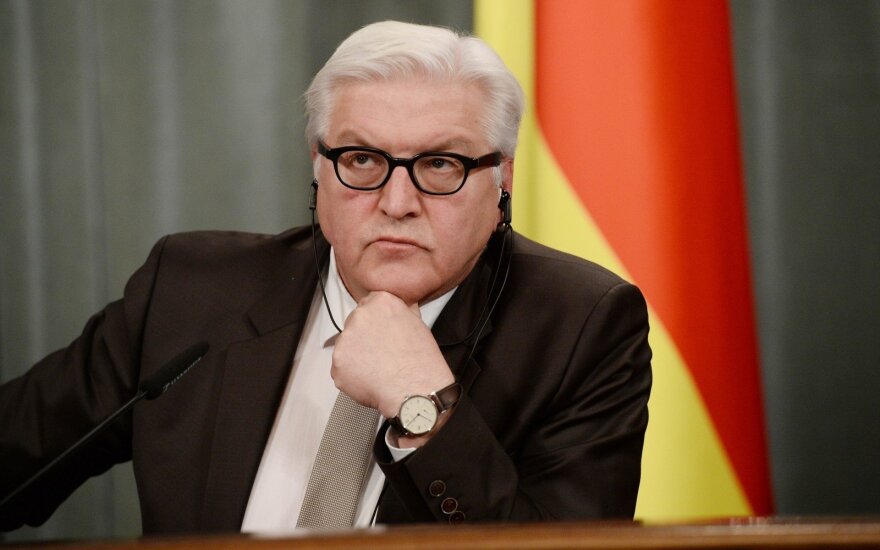 "We highly appreciate the respect that is being shown, because Paneriai is, after all, a symbol of all the killed Lithuanian Jews," Faina Kukliansky told BNS.

The JCL chairwoman underlined that the Nazi regime, rather than the German people, was to blame for the Holocaust.

"The regime turned some people into animals, so we should really value the rescuers (of Jews) who did not succumb to this. Not the Germans or Lithuanians are bad, but the regime is bad. We should only be thankful and glad that the president is going to Paneriai to pay homage to the people murdered so brutally," she said.

Kukliansky thinks that Germany's present-day attitude to the crimes of Nazism is an example to be followed.

Steinmeier, who started his two-day official visit to Lithuania on Thursday, on Friday is also scheduled to visit German troops stationed in Rukla, in the central Lithuanian district of Jonava.

The Nazis, often assisted by their Lithuanian collaborators, massacred about 90 percent of the Lithuanian pre-war Jewish population of over 200,000 during World War II. More than 800 Lithuanians have been recognized as Righteous Among the Nations for risking their lives to rescue Jews from the genocide.

German President Frank-Walter Steinmeier on Thursday is starting his two-day official visit to...