Dina Sergijenko
Parašyti
autoriui
aA
Sales of used cars have soared in Lithuania and drivers are most eager to get behind the wheels of Volkswagens, Audis, Opels and Toyotas. Nevertheless, some extremely exotic cars have been registered such as the McLaren or some truly weird ones like the BMW diesel from South Korea. 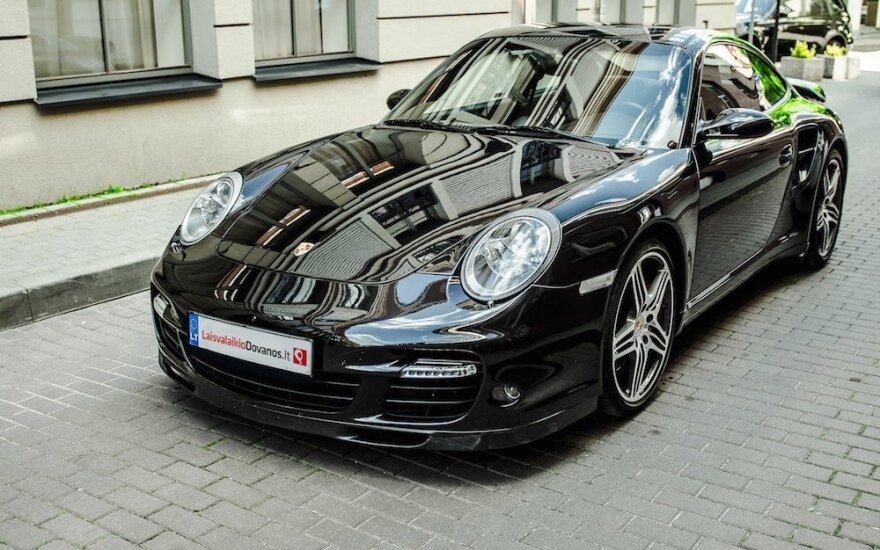 When it comes to brand new cars, the last quarter of the year saw a large number of the very glamorous joining the country's car fleet. From April to June for example three BMW M3s were registered while two luxury Bentley Bentayga SUVs were launched – one a V12 engine and the other a V8, striking with a starting price of 175 000 euro.

Matas Buzelis, communications manager of the transport portal "Autoplius.lt", shared the novelties and remarked that there are Lithuanian number plates on three of the most powerful Alfa Romeo Stelvios SUVs all with four-leaf clovers, usually a mark of the ultra-powerful models. The engine power of SUVs with Ferrari engines is 280 kW. Car registrations have been supplemented with a significant number of Porsches of which there are several 911 GT3s with one 911 GT3 RS.

And the roads have been graced with a white newcomer, the Lexus LC500. Of the most exclusive springtime models registered in Lithuania, there's the Ferrari 488 GTB and the McLaren 720S, which experts believe could be the most powerful new car registered last quarter. The Ferrari's starting price is 222.000 euro

Mr. Buzel did say that not all cars registered are new and in actual fact cars not listed anywhere and which for example were found in gardens and which have been standing in sheds for decades have been registered along with new cars.

He joked that that a good old 1981 Porsche 911 was registered along with the always numerous Russian VAZ, GAZ and ZAZ models.

Tesla from the USA, Rolls Royce from the Czech Republic

There were also a fair number of electric cars imported into Lithuania over the last three months, like for example, two Teslas - the Model X and Model S from the USA. Mr. Buzelis emphasised that the most interesting feature of ecologically-friendly cars is their power. The Model X's electric power generates 568 kW and the Model S's - 561 kW. What does this actually mean? It means that these cars can accelerate up to 100 km / h in about 3 seconds. The most powerful model of the Model X is about 130 000 euro while the Model S ranges from about 70 000 to 90 000 euro.

Most of the cars imported into Lithuania come from Germany. An Audi R8 and a Ford Mustang Shelby GT500 arrived in Lithuania in the second quarter of the year. And then there's a Ferrari GTC4Lusso which is going for about 270 000 euro. What's special about this model is that it's often called the manufacturer's first family sports car.

A lot of super luxury cars have been registered in Lithuania, one being the Rolls-Royce Ghost, manufactured in 2017, a blue car which came to Lithuania from the Czech Republic. It hurts to ask how much it costs - the average Ghost model in the UK is estimated at around 200 000 euro, but much depends on the requirements and wishes of the previous owner.

Mr. Buzelis said that a few dozen cars are imported per a quarter into Lithuania are from Russia. He joked that it wasn't about the "Zaporozhets" or "Ziguli". More often it's luxury Mercedes-Benz models or curious sports cars that come to Lithuania from Russia. The last quarter of 2017 saw a sporty ultra-rare Nissan GT-R model as well as an Audi RS7 being registered in Lithuania. There's no shortage of G-Class Mercedes-Benz models especially beloved by rich Russians. What's more, a large number of luxury and sports car models were brought in such as the GL63 AMG models. The 5.5-liter engine displacement engine fitted to this model generates 410 kW.

Panda and Lancia are also here

Lovers of rarer cars have also made their mark, often hunters of collectibles or cars that will soon become ones. For example there are now two Mazda RX7s in Lithuania, one made in 1981 brought in from Germany and the other from Holland off the 1987 conveyor belt.

Then there's a Lancia Delta from Italy, its latest model which featured in international rallies and still spoken of by motor sport enthusiasts, but the imported model, Mr Buzel said, is likely to be much simpler, with a 1.6-liter 96-kW engine under after the hood. Then there's a 1986 Fiat Panda, a small 26 Kw Italian car with 0.8 l per hour.

Spring also saw the registration of a rare 1969 Volvo Amazon from Belgium. This model was the first in which Volvo decided to install safety belts as standard equipment. Although Volvo has produced quite a few Amazon models, today a well-maintained one costs around 28 000 pounds.

Audis from the Emirates

Mr. Buzelis said that the cars registered in Lithuania show some odd choices when for example a diesel-powered vehicle comes from some far-flung Asian country or from particularly wealthy countries. The second quarter of this year was no exception. An Audi A6 model arrived in Lithuania from the United Arab Emirates.

Another Audi A6 was brought to the country from Monaco and a somewhat unusual Alfa Romeo Spider Veloce 2000 came Great Britain from where the influx of right-hand drives is much feared. A Porsche 911 Carrera turned up from Bahrain and how uncommon that a BMW 5 Series diesel was in the second quarter of the year along with a Subaru Legacy.

Another BMW was brought from Japan, granted a rare one - the M635 CSI - the series 6 coupe model and still E24-labeled. It is emphasized that cars like this come to Japan with good fixtures with local drivers not using them much and so cars in the Land of the Rising Sun are well-maintained. With the condition that it's in, this model can cost thousands of euro and special versions of it are sold for several hundred thousand.

Lithuania plans to upgrade over 1,700 unsafe pedestrian crossings by 2022

Some 1,721 of 1,949 pedestrian crossings on Lithuania's roads of national significance are unsafe,...