BNS
aA
Lithuanian and American troops as well as soldiers from the Lithuania-based international NATO battalion on Thursday tested the new firing range in Pabradė, the Ministry of National Defense said. 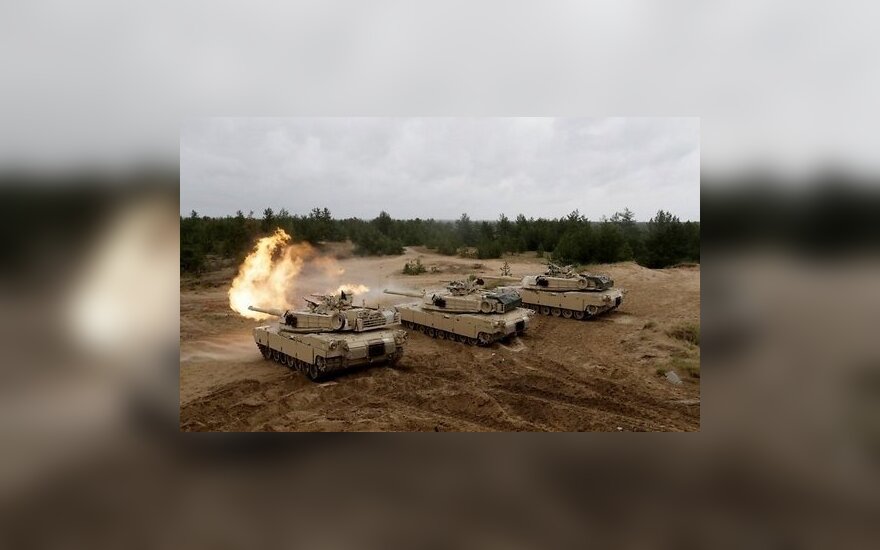 A heavy weaponry firing range suitable also for tanks to fire inert ammunition was set up here at the end of summer.

"The implementation of infrastructure development projects in Lithuanian military training areas takes us to a qualitatively and quantitatively new training level for Lithuanian troops alongside our allies," Minister of National Defense Raimundas Karoblis was quoted as saying in a statement.

Related articles
US Army deploys tanks, IFVs to Lithuania for training
Baltics to get more of US attention due to Blackstone investment – experts

Once the projects are completed, the General Silvestras Žukauskas Training Area will be the only military site in Lithuania suitable for hosting up to brigade-sized military units of several thousands of soldiers.

US Army deploys tanks, IFVs to Lithuania for training

The US Army's Abrams tanks and Bradley infantry fighting vehicles were on Friday transported to...

Europe must take more responsibility for its security - president Grybauskaitė 102

Lithuania will meet its commitment to spend 2 percent of GDP on defense this year even if it will have...