BNS
aA
Six Lithuanian troops previously served at one of the bases in Iraq that came under attack from Iran, Lithuania's Ministry of National Defense said on Wednesday after updating information on the situation of Lithuanian troops in Iraq. 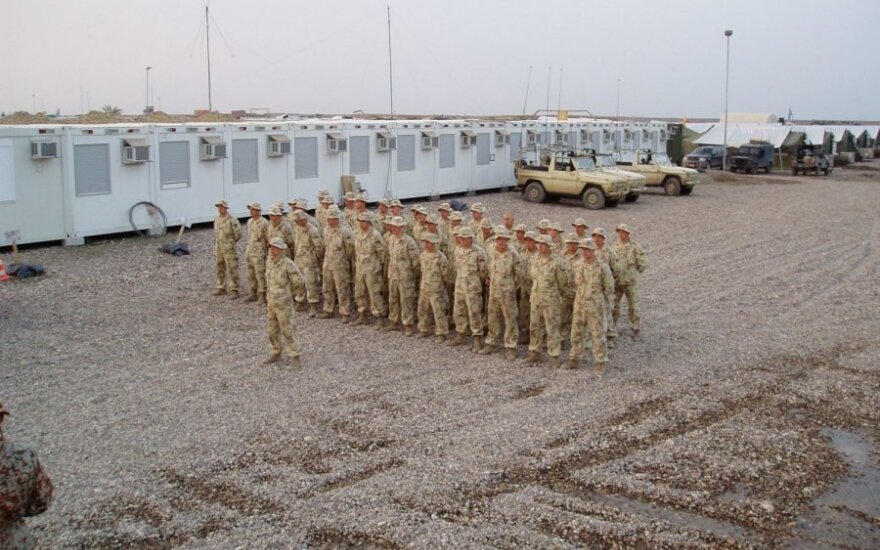 The ministry said the Defense Staff of the Lithuanian Armed Forces had received reports from the troops that they are safe.

Andrius Dilda, PR officer for the Defense Staff, told BNS that six Lithuanian army instructors served at the base in Al Asade that came under fire. They are taking part in the US-led coalition mission Inherent Resolve, training local forces.

"The troops remain in Al Asad as yet," Dilda said.

The ministry said earlier that the Defense Staff had received reports from the troops that they safe.

There were no Lithuanian troops in the other base in Irbil which also came under fire, Dilda said.

Another nine Lithuanian troops served in another NATO-led mission. Three of them have already been moved to Kuwait, and the rest remain in Baghdad.

Over a dozen of ballistic missiles were launched from Iran overnight, targeting the bases in Iraq.

It was the country's first action in retaliation for the US killing of General Qasem Soleimani last week.

The Lithuanian Armed Forces have taken delivery of 110 new Union U5000 trucks, the Defense Ministry...

President Gitanas Nauseda says steps were taken to ensure the security of Lithuanian soldiers in...