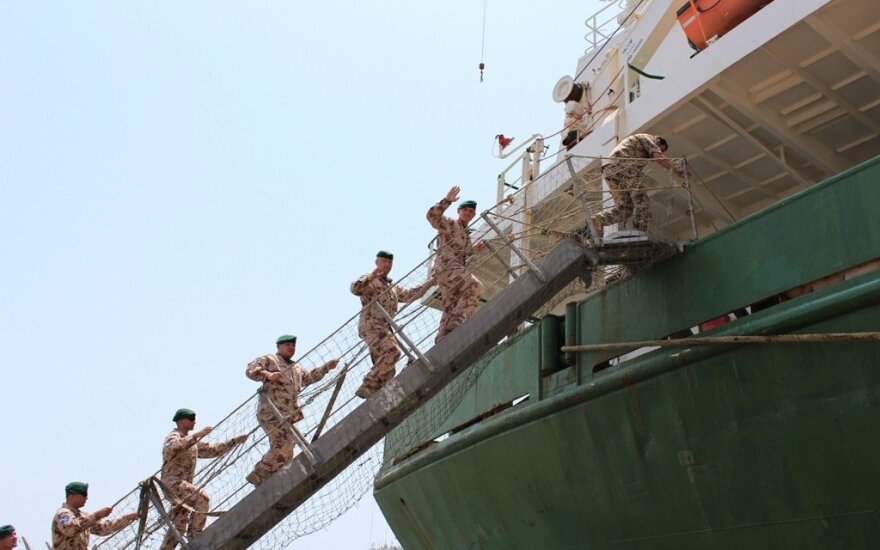 Lithuania soldiers off to a mission
© KAM

The shipment of weapons found on the El Mukhtar motor vessel was seized.

"Let's be proud of our soldiers: Operation Sophia is the EU's most important security operation. A vessel inspection is a complicated and risky task. Thus, its successful implementation not only shows a high level of preparedness of Lithuanian soldiers and their professionalism, but also marks a strong and tangible contribution by Lithuania to international security," Defence Minister Raimundas Karoblis said in a press release.

The Lithuanian boarding team found several types of weapons and ammunition, including machine guns, AK47 rifles, grenade launchers, mortars, grenades and explosives, on the vessel headed for Libya. All weapons were transferred to the German ship Rhein to be checked and disposed of.

"This case shows that when participating in international operations, Lithuanian soldiers carry out their tasks professionally and decisively," Chief of Defence Lieutenant General Jonas Vytautas Žukas was quoted as saying in the press release.

Any evidence related to the transportation of items prohibited under the arms embargo on Libya will be sent to the relevant authorities of EU member states and their findings will be submitted to the UN Sanctions Committee, the ministry said.

Lithuania has been contributing to Operation Sophia since 2015. Fifteen Lithuanian soldiers are currently taking part in it.

Lithuanian soldiers will take part in the EU-led operation Sophia , aimed at curbing human and arms...

Twelve troops of the Lithuanian Armed Forces' 2nd Ship Maintenance Group are leaving for southern and...