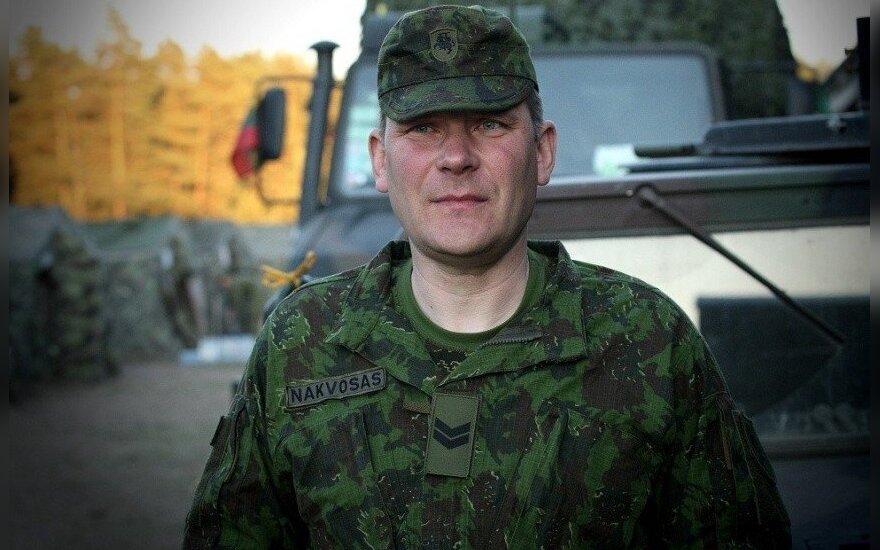 He and his colleagues from King Mindaugas Hussar Battalion joined the international Exercise Saber Strike 15 in Adazi, Latvia, to undergo certification for the standby for the NATO Response Force as part of the Baltic Battalion (BALTBAT) formed together with Estonia and Latvia, Lithuania's Armed Forces said.

This is the first time Sergeant Nakvosas is attached to the combined tri-national Baltic States' unit.

It all began in the early career of Sgt Nakvosas in the Lithuanian Armed Forces when he had an opportunity to take part in an international mission with a Lithuanian peacekeepers unit. After spending three months in intense pre-deployment training in Denmark he was assigned to the reserve rather than the deployment strength of the unit. That piece of news determined his further course of service. Perhaps because soldiers trained in a NATO country were scarce in Lithuania at the time Nakvosas was assigned to the Transportation Squad of the Baltic Battalion.

Sgt Nakvosas is among the few veterans of the first BALTBAT to rejoin the trilateral unit. He is currently training in Exercise Saber Strike 15 part in Latvia where readiness of the Baltic Battalion for standby for the NATO Response Force next year will be certified.

Sgt Nakvosas says he takes pleasure in meeting many members of the first Baltic Battalion in Latvia.

"Time goes by but everything I have experienced in service, the countries I have visited, the knowledge and impressions I have from there - all of this will not go away. And the start was given at the Baltic Battalion in 1997 which seasoned me as a soldier. If I had to deploy to an international operation with the Baltic Battalion once again I would honourably do that. Fortitudo in unitae. Strength lies in unity, as the credo of the first Baltic Battalion goes," Sgt Rolandas Nakvosas said.