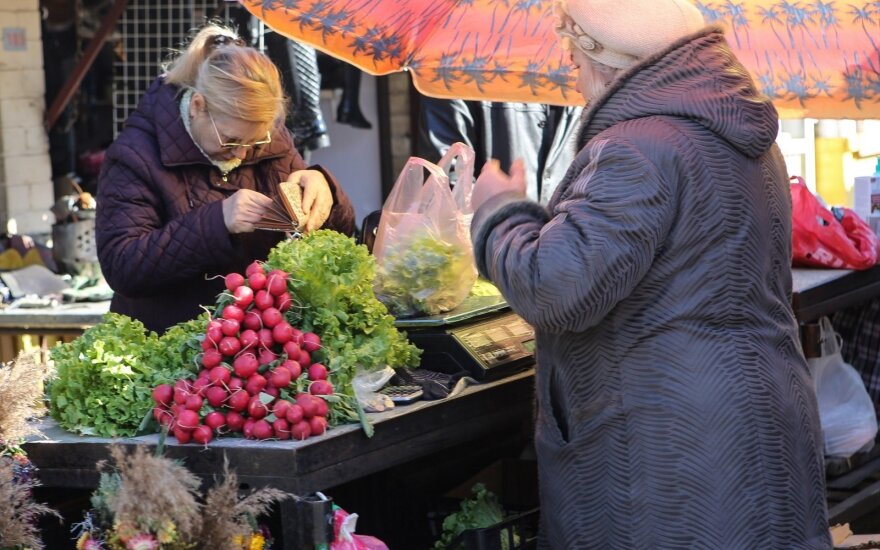 Small businesses in Lithuania say they lack the funds they need to expand, but banks seem unwilling to risk their depositors' money on loans. Small business leaders hope that they will be able to tap into European Union funds to solve this issue, though the Lithuanian government has said this may not be the case.

Small retailers, most of whom do business in marketplaces, say that the largest problems they face are large retail chains and Lithuanian emigration. Therefore, they see their future in the sale of small numbers of products that they've grown on their own farms.

Marketplaces present the greatest concentration of small businesses. Though most people in marketplaces are the sole representatives of their companies, some companies have representatives in more than one market. These would like to expand, but they lack the resources to do so. They hope that money from the European Union might give them a push.

“When the [European Commission] was asked, nobody forbade it. However, 4 years ago, it was said that [small businesses] couldn't participate, that the EC didn't allow it. I think that now that the third financing period has arrived, our small businesses will certainly take advantage of it,” said Zita Sorokienė, chairwoman of the Small Business and Retailers' Association.

Regardless of new opportunities, Lithuanian marketplaces are dwindling. Market retailers are growing older, and young people are disinclined to take over their businesses, instead working overseas. Small businesses must also fight large retailers for their share.

According to the government, small and medium enterprises employ about 80% of all employed people in Lithuania and create more than two thirds of the GDP.