BNS
aA
The Seimas of Lithuania decided on Tuesday to summon the head of the country's State Security Department, Gediminas Grina, over suspicions that a secret CIA prison, mentioned in the recently-published US Senate's report on detention and torture of suspected terrorists, could have operated in Lithuania in 2005-2006. 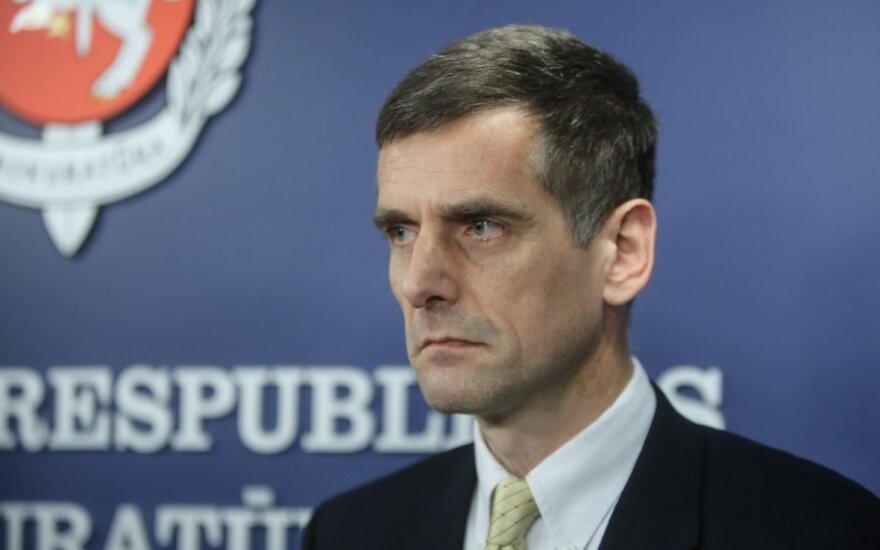 The move was initiated by the ruling Order and Justice party's political group in the Seimas and approved by 55 lawmakers, with 11 votes against and 43 abstentions. Grina will be summoned to the Seimas by the end of this year.

The SSD head will be asked what actions his institution has taken since the publication of the US Senate's report into CIA torture at secret prisons, one of which, according to the Washington Post and several NGOs, was operated in Lithuania and was dubbed "violet".

Grina will be also asked whether the SSD has taken measures to identify who of Lithuania's then highest-ranking leaders gave permission to open the detention center in Lithuania, and also which people received the mentioned millions of dollars in "appreciation" for supporting the program.

Lithuanian prosecutors are now carrying out an investigation into information provided by non-governmental organizations, stating that Saudi Arabian citizen Mustafa al-Hawsawi, currently in detention in Guantanamo, was kept as a prisoner in Lithuania. Prosecutors originally refused to launch a probe into this case but were later ordered to do so by a court.

It’s a second CIA-prison investigation in Lithuania. The first one was discontinued in 2011 after the then prosecutor Mindaugas Dūda said there was no sufficient evidence to claim that premises in Vilnius and near the city had been equipped for the detention of prisoners. Moreover, he added, the evidence collected during the pre-trial investigation and testimonies of witnesses proved that the premises had been used for other purposes. He refused to disclose the real purpose of the premises as it constituted as state secret.

Published last Tuesday, the CIA report does not mention any specific countries where secret detention centres were situated. But human rights activists claim a centre dubbed "Detention Site Violet" was operated in Lithuania. According to the US Senate's report, it was opened in early 2005 and was closed in 2006 due to medical issues.

The report also states that the CIA offered an undisclosed amount in million US dollars to "show appreciation" for the support of the program and an undisclosed country official probably had an incomplete notion of the facility's real function.

Meanwhile then Lithuanian President Valdas Adamkus says he was assured by security officials there was no secret CIA detention centre in Lithuania and the premises near Vilnius were only a training centre.

Lithuania and other European Union (EU) countries must carry out independent investigations into the...

Mečys Laurinkus , who headed Lithuania's State Security Department in 1998-2004, says that the...