Lithuanian "Savchenko List" will have about 20 sanctioned Russian officials

BNS
aA
Lithuania is developing a so-called Savchenko List that will include about two dozen Russian officials who were involved in the detention and criminal prosecution of Ukrainian war pilot Nadiya Savchenko. 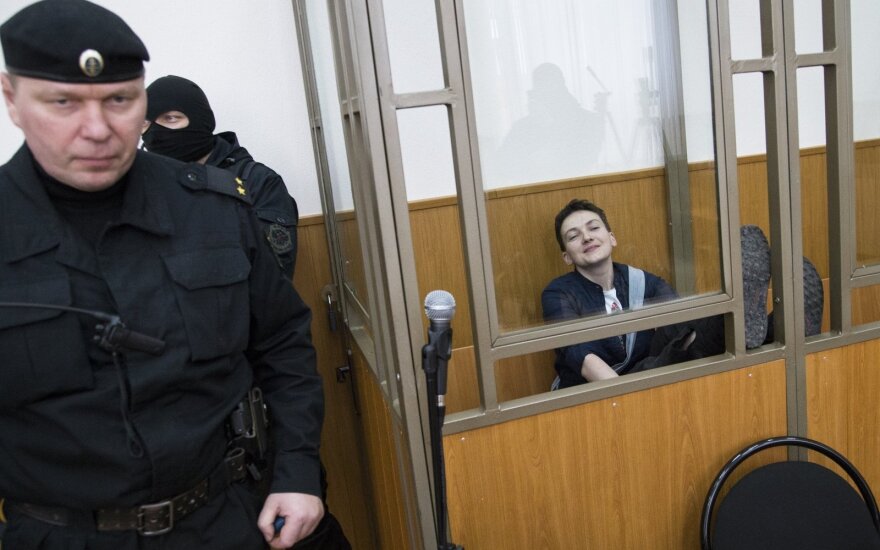 "I believe there will be about 20 people," Foreign Minister Linas Linkevičius told BNS on Tuesday.

Lithuanian officials are currently working to specify the information about some of the individuals on the list, Linkevičius said.

"We need data and we are checking the list with Ukrainian institutions," he added.

Linkevičius expressed hope that the Lithuanian initiative of approving the Savchenko List would secure the support of individual countries in the European Union.

In the minister's words, the national list should be approved in the coming weeks.

Kiev consulted the European Union and the United States when compiling its list of individuals involved in the unlawful detention of Savchenko, noting that the Ukrainian allies fully support the matter, said Poroshenko.

Savchenko has been in Russian custody since July 2014. Earlier on Tuesday, a Russian court found her guilty in the death of two Russian journalists in Eastern Ukraine, sentencing her to 22 years in prison.

Ukrainian pilot Nadiya Savchenko has been sentenced to 22 years in jail by a Russian court which...

About 50 people gathered outside the Russian Embassy in Vilnius at noon on Wednesday, calling for...