BNS
aA
Audrius Siaurusevičius, the director general of Lithuanian Radio and Television (LRT), says that plans by Ramūnas Karbauskis, the leader of the ruling Lithuanian Farmers and Greens Union (LFGU), to make public LRT documents made available to lawmakers prove that the politician seeks to control the public broadcaster. 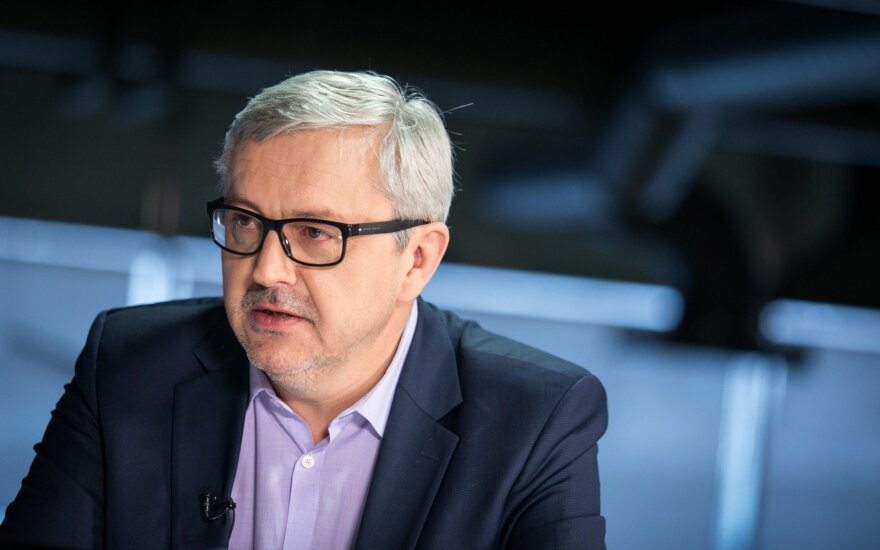 "Karbauskis today confirmed my predictions that he demanded confidential documents in order to make them public," Siaurusevičius told BNS on Thursday.

"His true aim is to control LRT. Karbauskis is drowning and is trying to take us down with him, but I don't think he'll succeed. LRT will remain free," he added.

The director general said that the public broadcaster's administration and its council would comment on all information. He added that "although LRT has asked no questions yet, it may need to put some questions to Karbauskis".

"We can speak about how much ministries pay to whom. If we want openness, let's have it everywhere," Siaurusevičius said, but did not elaborate further.

Karbauskis, who heads the LFGU's political group at the Seimas, said on Thursday evening that he would make public next week some of the documents provided by LRT to lawmakers.

The LFGU leader said that the documents revealed "scandalous facts on the use of LRT funds".

"Seeing that efforts will be made to put increasing pressure on the Seimas commission and me personally, I decided to make public some anonymized documents sent by LRT to members of the Seimas so that it becomes evident that the lawmakers' wish to scrutinize LRT's financial activities is much more well-founded than one could imagine," he wrote on his Facebook page.

The Seimas set up last week a special commission for parliamentary scrutiny of LRT, saying that it will help to find out if the public broadcaster properly spends budget money. Lawmakers note that the LRT Council failed to provide some of the information they had requested, citing confidentiality clauses in its contracts as the reason, and that the answers it did give require detailed analysis.

Karbauskis said that recent public accusations regarding his land holdings were aimed at bringing the probe to a halt.

Critics describe the establishment of the commission as an effort to put pressure on the media and take revenge on journalists asking the ruling LFGU uncomfortable questions.

The Lithuanian State Tax Inspectorate , or VMI, has taken administrative action against producer and...

The ruling Lithuanian Farmers and Greens Union has gotten slightly ahead of the opposition...

President Dalia Grybauskaitė criticized on Monday the Seimas for setting up a special commission...