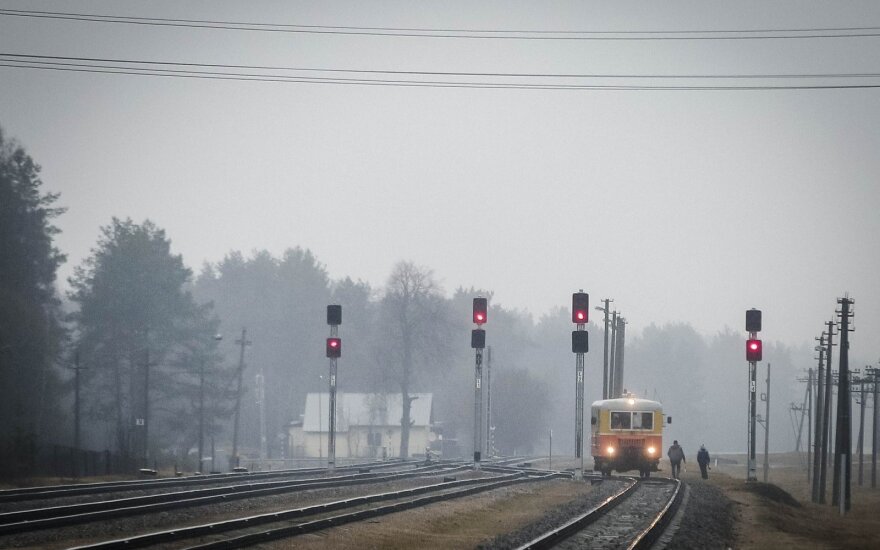 Its sources said Simonenkov (the shares officially belong to his wife) and people in his surrounding have ties with former KGB officers and agents, which further lead directly to Russian President Vladimir Putin's circles and Russian oligarchs who are subject to the existing US sanctions. Meanwhile, Sigmen is involved in public procurement tenders and other transactions in Lithuania without any restrictions.

Sigmen's strategic goal is to take part in the billion-euro worth European railway project Rail Baltica, the LRT says.

In its words, a special government commission looking into deals of Lithuania's strategic enterprises has not investigated transactions with Sigmen, a representative of Russian metallurgical holding Evrax and ArcelorMittal's plant in Spain. Sigmen is one of the major suppliers of Russian gauge rails in the region.

In February, LG signed an 11.5 million euro contract with Sigmen and plans to buy rails worth 36 million euros as early as this year.

The LRT's sources say companies that win LG and its subsidiaries' tenders are among Sigmen's clients.

Simenkov worked for Latvia's KGB together with Yevgeny Roldugin who went to the KGB school with Putin and is the brother of Sergey Roldugin, one of the closest friends of the Russian president.

Simenkov started his business in Latvia from Skonto, a company established with other KGB workers. He owned a bank, Multibank, until 2008 which was put on the US sanction list for money laundering in 2005.

Until 2016, Simenkov had a joint enterprise with Sergey Nosov, a member of Putin' advisory body, the State Council, and is also the governor of the Magadan region.

Centre of Registers audit finished: schemes uncovered with damages in the millions

When suspicions arose that exclusive conditions were granted for certain companies to pay several...