BNS EN
aA
Lietuvos Geležinkeliai (Lithuanian Railways, or LG) pursues a foreign policy of its own by cooperating with a Russian corporation linked to the military industry, a member of the Lithuanian parliament's Committee on National Security and Defence said. 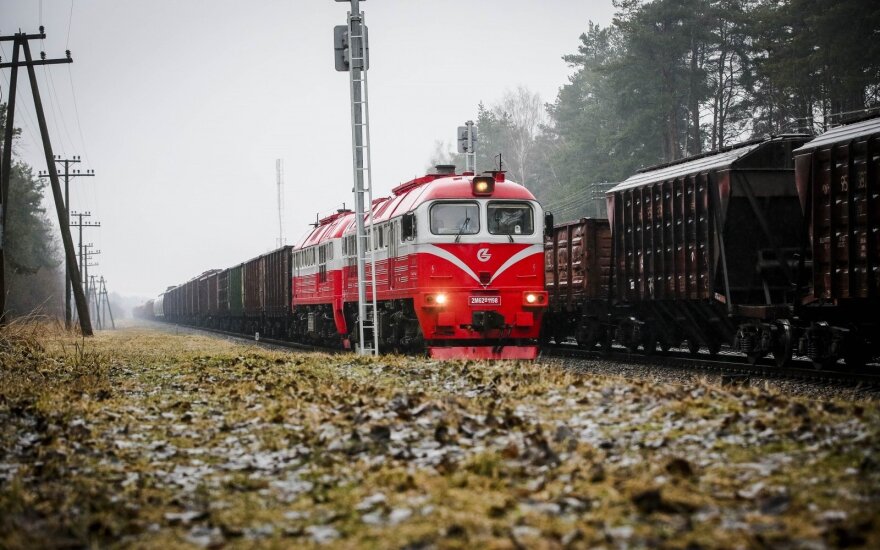 Arvydas Anušauskas sees the poor regulatory control of the state railway company as the biggest problem that must be dealt with as soon as possible.

"It is obvious that Lietuvos Geležinkeliai, as a state-run company, took the liberty of carrying out its own foreign policy and ignoring everything what Lithuania ,as a state, had declared," the conservative lawmaker told BNS on Friday.

"This shows the government's failure to control this company and the lack of control is the biggest issue," he added.

LG several years ago, before the 2014 annexation of Crimea by Russia, signed a memorandum of cooperation with Russia's Transmashholding, whose shareholders include Andrei Bokarev, who is also a co-owner of the Kalashnikov Group.

"This is bad for the simple reason that a state-owned company feels free to interpret the sanctions policy toward Russia. These sanctions are in place for a reason. They are to reduce Russia's aggressiveness. As we know, many countries around the world have cut off their financial and other links with Russia's military companies. In the light of this, the situation looks rather grim," Anušauskas told BNS.

"We identity threats in our national security strategy and politics in general and look for ways to counter these threats or minimize their impact, and it certainly seems strange that state-owned companies of strategic significant are involved in some sort of partnership relations with such companies," he told BNS.

"No wonder that LG is the first of the companies that the incoming government is planning to revamp," Bakas, who is a member of the ruling Peasant and Green Union's political group in the Seimas, added.

In the wake of Russia's actions in Ukraine in 2014, Kalashnikov was added to the EU and US lists of companies subject to sanctions. Ukraine has also blacklisted Transmashholding, which has a plant in Luhansk, an eastern Ukrainian region that is currently controlled by pro-Russian separatists.

According to Forbes, Transmashholding's plants manufacture, among other things, chassis for the air defense systems Buk, Thor and Tunguska, as well as diesel engines for submarines, railway platforms for mobile missile systems and shipping containers for missiles.

France's Alstom, another shareholder of Transmashholding, is also linked to the construction of two military ships Mistral for Russia.

LG and Transmashholding signed their cooperation agreement in 2013.

Kaliningrad is the smallest part of the Russian Federation, spanning over 4-times smaller Lithuanian...