BNS
aA
The Prosecutor's General Office has said on Wednesday it will ask the United States government for additional information about secret detention and interrogation of suspected terrorists abroad. 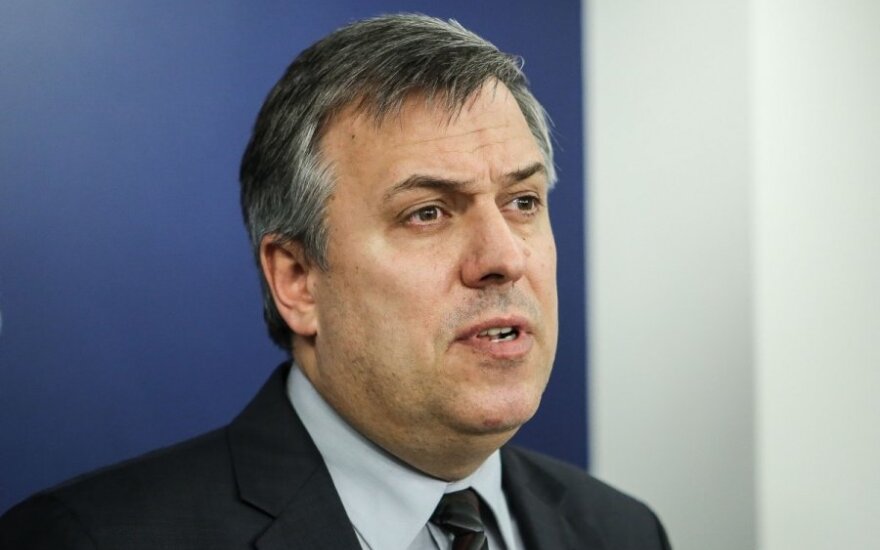 The move comes in response the publication by the US Senate of a report on the CIA's detention and interrogation programme which allegedly included keeping prisoners in secret detention sites overseas.

"We will ask for the published report to be presented. We will consider asking the full report and not its shortened version," Irmantas Mikelionis, chief prosecutor of the Office's Organized Crimes and Corruption Investigation Department, told journalists on Wednesday.

In his words, prosecutors had earlier sent a legal assistance request to the US but Washington ignored it.

The Prosecutor General's Office is now carrying a pre-trial investigation into allegations that Saudi Arabian citizen Mustafa al-Hawsawi, currently in detention in Guantanamo, could have been kept at a secret Lithuanian-based American center in 2004-2006.

A Lithuanian court ordered the probe earlier this year.

According to Mikelionis, the possibility of recognizing al-Hawsawi as a victim "is a rather open question but at this stage the person is not accessible for Lithuania's law enforcement."

Asked whether Lithuania is cooperating with Poland and Romania, where CIA prisons were also allegedly situated, the prosecutor said: "I can say yes, we are cooperating, but I wouldn’t want to go into details now."

Mikelionis said the investigation into "unlawful transportation of a person over the Lithuanian border" continues but it could re-qualified upon receipt of additional information.

During a parliamentary investigation in late 2009, two locations were identified in Vilnius and near the Lithuanian capital where premises may have been equipped for unlawful detention.

The secret parliamentary probe also showed that CIA-related planes entered Lithuanian airspace in 2003-2006 several times. The investigations failed, however, to identify whether any suspected terrorists were brought to Lithuania.