BNS
aA
The Lithuanian Prosecutor General's Office has set up a special group for investigation of all data about the alleged prison of the US Central Intelligence Agency in Lithuania for interrogation of suspected terrorists, a prosecutor said on Wednesday. 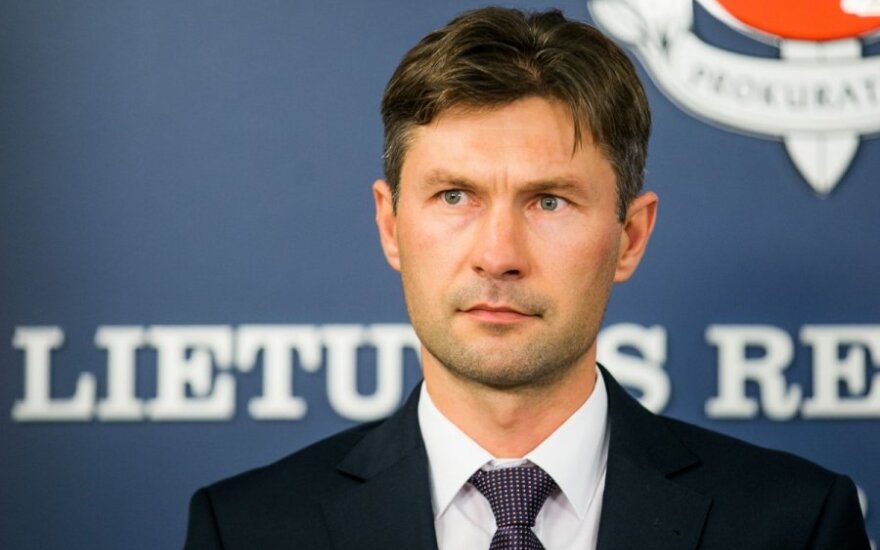 "We have decided to set up a group of prosecutors and include more prosecutors," Deputy Prosecutor General Darius Raulušaitis told journalists after a meeting of the parliamentary National Security and Defence Committee.

In his words, the prosecutors will look into the terminated probe in the context of the report recently published by the US Senate.

"They may decide and reopen the investigation, they may find it necessary to merge the probes for a repeated in-depth investigation and give answers to themselves and the public," Raulušaitis said.

He said that the address to the US Justice Department for legal assistance has not yet been sent and should be sent in the nearest days. In case of a negative answer, Raulušaitis did not rule out turning to politicians for help.

"Later on, if we are faced with unwillingness to execute our call for legal assistance, I believe there may be room for politicians to press foreign countries via diplomatic channels into cooperating with the Lithuanian law-enforcement. We do not need this today," said the prosecutor.

The Lithuanian Prosecutor General's Office is currently investigating the allegations of interrogation of Saudi Arabian citizen Mustafa al-Hawsawi at a secret US centre in Lithuania in 2004-2006. The man is currently at the Guantanamo prison. Prosecutors originally refused to launch a probe into this case but were later ordered to do so by a court.

Raulušaitis said prosecutor do not need to contact al-Hawsawi yet.

"Nobody has found him to be the victim yet. We have not yet received any evidence of him having suffered here in any way and we did not need to look for him. The statements, including that from the Human Rights Monitoring Institute, have been written without his clear will. We do not see a signed authorization or a signed request to represent him," said the deputy prosecutor general.

MP Artūras Paulauskas, chairman of the National Security and Defence Committee, said he does not expect the US to provide Lithuanian prosecutors with the requested documents.

"The report says it clearly that some documents will not be provided to third countries, and some are simply covered to make it impossible to study. I believe chances are low but we have to take the step," Paulauskas told journalists at the parliament on Wednesday.

He also restated it would he hard to fully establish the CIA prison allegations without help from the US.

"The investigation took place and all possible actions were completed in Lithuania, and without additional materials I believe it is very hard to expect any results," he added.

In early December, the US Senate published a report on CIA tortures of suspected terrorists in secret detention centres after 9/11, however, the document does not specify any countries.

Human rights defenders say Lithuania accommodated the centre, which the report lists as "violet". According to the report, it operated from early 2005 and was closed down in 2006 after the country's medical institutions refused to provide medical assistance to al-Hawsawi.

During a parliamentary investigation in late 2009, two locations were identified in Vilnius and near the Lithuanian capital where premises may have been equipped for unlawful detention. The secret parliamentary probe also showed that CIA-related planes entered Lithuanian airspace in 2003-2006 several times. The investigations failed, however, to identify whether any suspected terrorists were brought to Lithuania.

Prosecutors had also opened an investigation after the parliamentary probe, however, dropped it after failing to collect evidence of the building in Antaviliai being “related with detention of detained persons”.

Lithuania and other European Union (EU) countries must carry out independent investigations into the...

Mečys Laurinkus , who headed Lithuania's State Security Department in 1998-2004, says that the...