(4)
BNS
aA
The decision to station American weaponry in Eastern Europe, including the Baltic states, is an outcome of the Wales agreements, and Lithuania supports, welcomes and looks forward to the decisions, says President Dalia Grybauskaitė. 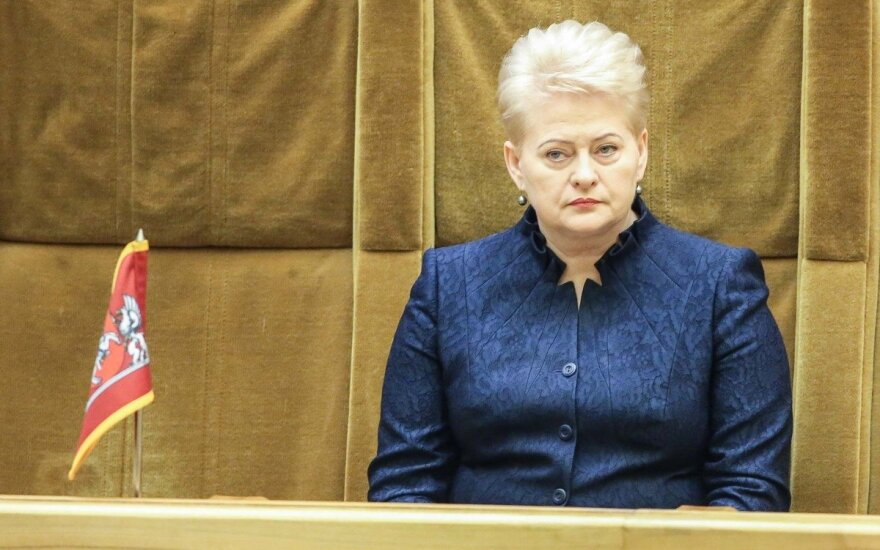 "The plans were announced in the Senate document in February, they are the consequence of the Wales agreements. The decision were made a year ago and announced in February, they were only now covered by a foreign media channel. Therefore, there's nothing new, we are aware of the decisions, we support them and look forward to them," Grybauskaitė told journalists at the Lithuanian parliament on Monday.

She spoke in comment of the recent US media reports about planned deployment of heavy weaponry in Lithuania, Latvia, Estonia and some other Eastern European nations.

"The decision to station certain equipment here – heavier, lighter, various – was made a long time ago, during the Wales agreements," the president said.

According to The New York Times, this would be the first time since the end of the Cold War when the US deploys heavy military equipment including combat tanks in the former Soviet Union. The step, which still needs a green light from the White House and the defense secretary, would send a strong signal to Russia, signifying Washington's readiness to defend the NATO nations in Moscow's shadow.

The proposed prepositioning of munitions, which would be stored in Allied bases and would suffice to supply a brigade of 3,000-5,000 troops, would be similar to those that the US kept in Kuwait after the 1990 invasion of Iraq, The New York Times said.