Lithuanian president tells politicians not to campaign on security 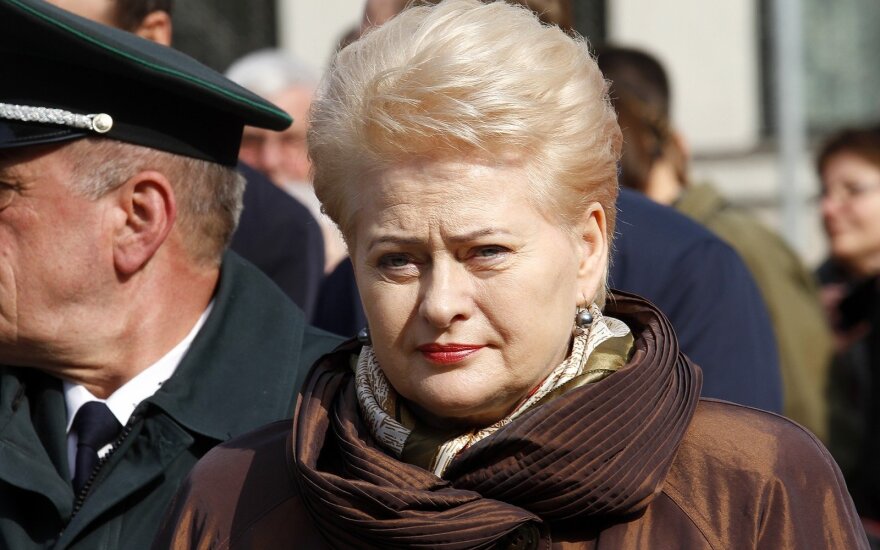 "I think that we perhaps should leave it to specialists to speak about 'apparently', 'possibly', 'crossed', 'did not cross'. I advise that politicians should not scare people when there is no need to and should not run an election campaign based on our security issues," she told reporters in Vilnius on Friday.

The Ministry of National Defence said on Thursday that the Joint Staff of the Lithuanian Armed Forces had received a notification from the State Border Guard Service on April 12 that three helicopters from the Russian exclave of Kaliningrad might have crossed the state border.

Related articles
Russian helicopters 'crossed into Lithuanian territory'
‘We will not cede space in the Baltic, we are not afraid’, says US warship commander after Russian flyby  (1)

The military said that their radars had not registered any helicopters entering Lithuania's airspace.

Artūras Paulauskas, chairman of the parliament's National Security and Defence Committee, and Arvydas Anušauskas, a member of the committee, said that people were perplexed by the conflicting reports from the authorities.

Paulauskas told LRT last week that "Russian saboteurs" might have performed a landing in Juodkrantė, a village on the Curonian Spit, during an exercise, without saying when.

No such border violation was registered either.

Most recently, the crew of the USS Donald Cook have said that on Monday and Tuesday pairs of Russian SU-24 fighters flew over the warship at close range while it was in international waters in the Baltic Sea en route to the Lithuanian port of Klaipėda.

According to Grybauskaitė, all these incidents show that Russia is a difficult neighbour.

"(Despite) that nice rhetoric and trying to say that others are to blame, the facts show that it is this neighbour that poses a threat and we are taking all the necessary measures," she said.

Russian helicopters crossed into the Lithuanian territory from Kaliningrad on Tuesday. They were...

Russian troops 'could have landed on Lithuanian coast'