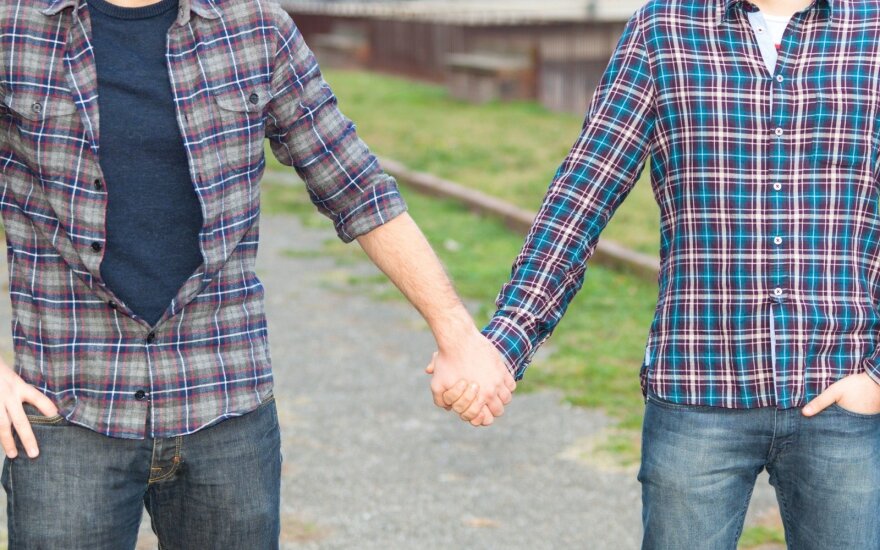 Passed by the parliament and endorsed by the president, the amendments to the Law on Equal Opportunities ban discrimination against EU citizens and their family members exercising their right to free movement on grounds of nationality. Only spouses and children under the age of 21 are listed as family members.

The President's Office emphasized that Lithuania was already late to move the directive.

"The amendments to the laws on equal opportunities and transport privileges transpose to the national law the EU director on easier free movement of employees. Lithuania was already more than a year behind schedule to do this, and the European Commission had initiated a violation procedure against Lithuania. The president signed the amendments into law on July 24," presidential adviser Skaistė Plaušinytė said.

The Lithuanian Gay League had asked Grybauskaitė to veto the amendments, saying they facilitate discrimination of not only gays of Lithuania but also other citizens of the EU present in our country who had registered partnerships.

The initial version proposed by the Social Security and Labor Ministry also listed partners among family members of EU citizens, however, the parliament opposed the wording.

Supporters of the move to exclude partners said this was in line with Lithuania's national law, as the country does not have the partnership institute.

The directive also applies to citizens and family members of the European economic area.

Under the document, citizens of member-states of the European Union and the European economic area and their family members should be provided the same access to social and tax privileges as Lithuanian citizens.

An attempt to recognize in law civil partnerships for both unmarried opposite-sex couples and same-sex...

BNS asks Lithuanian leaders if they approve of same-sex partnerships

Amid renewed discussions in the Lithuanian parliament on legalization of same-sex partnerships, BNS...