BNS
aA
Lithuanian President Dalia Grybauskaitė says she sees no need to resume parliamentary investigation into an alleged CIA prison in Lithuania, but calls on law enforcement agencies to continue their separate probe. 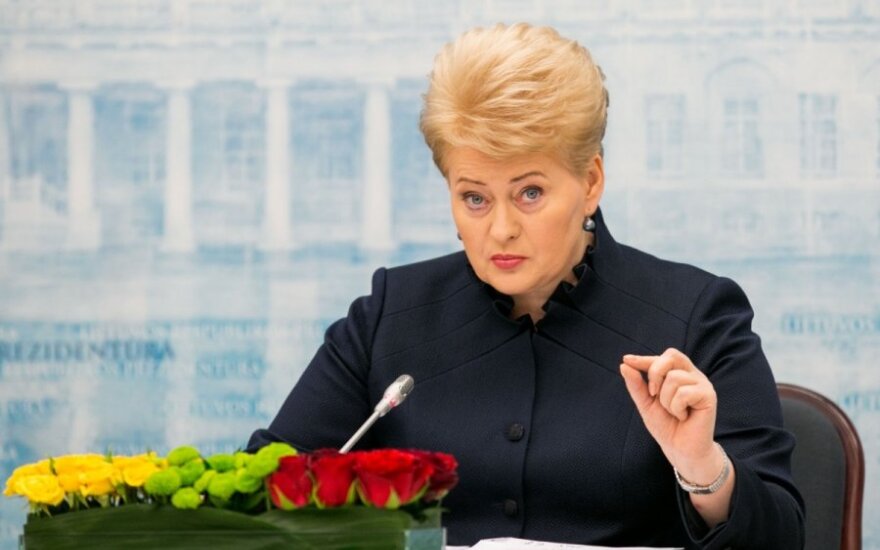 According to the president, Lithuanian lawmakers carried out an "in-depth and very effective" investigation in 2009 and its conclusions can be only updated if the United States gocernment provided more information.

"I think we don’t need a political investigation. Our Seimas [parliament] has already carried out an in-depth and effective investigation that showed that all conditions for keeping prisoners in Lithuania were present, but whether those conditions were in fact used for that purpose the Seimas could not say," Grybauskaitė told journalists on Wednesday.

Related articles
Lithuanian parliament urged to once again probe into CIA prison
Lithuanian security chief: We have nothing to investigate about CIA prisons  (1)

Unless the United States government provides additional information, conclusions of the previous parliamentary commission will stand, she added.

Prosecutors should, however, continue with their own investigation, the president underlined.

In early December, the US Senate published a report on the torture of suspected terrorist at secret detention centres oversees, opened after the September 11 terrorist attacks. In response to the report, Lithuania's Prosecutor General's Office sent a legal assistance request to the US Department of Justice, asking for information about alleged secret detention and interrogation of suspected terrorists in Lithuania.

Prosecutors did not reveal the contents of the request but Irmantas Mikelionis, chief prosecutor of the Office's Organized Crimes and Corruption Investigation Department, said prosecutors would ask the United States for the full, and not shortened, version of the Senate report on the CIA's prisons operated last decade. The CIA report does not mention any specific countries where secret detention centres were situated. But human rights activists claim a center dubbed "Detention Site Violet" was operated in Lithuania. According to the US Senate's report, it was opened in early 2005 and closed in 2006 due to medical issues, and that Saudi Arabian citizen Mustafa al-Hawsawi, currently in detention in Guantanamo, was allegedly kept as a prisoner at this centre.

During a parliamentary investigation in late 2009, two locations were identified in Vilnius and near the Lithuanian capital where premises may have been equipped for unlawful detention.

The secret parliamentary probe also showed that CIA-related planes entered Lithuanian airspace in 2003-2006 several times. The investigations failed, however, to identify whether any suspected terrorists were brought to Lithuania.

Lithuanian prosecutors are now carrying out an investigation into information provided by non-governmental organizations, stating that al-Hawsawiwas kept as a prisoner in Lithuania. Prosecutors originally refused to launch a probe into this case but were later ordered to do so by a court.

Lithuanian parliament urged to once again probe into CIA prison

The Lithuanian Parliament was proposed to establish a temporary inquiry commission and to investigate...

Lithuanian security chief: We have nothing to investigate about CIA prisons (1)