(1)
BNS
Lithuania's President Dalia Grybauskaitė suggests a provision that at least 90 percent of the television programmes rebroadcast in Lithuania should be in the official languages of the European Union, adding that fines should be imposed for instigation of war and infringement upon independence. 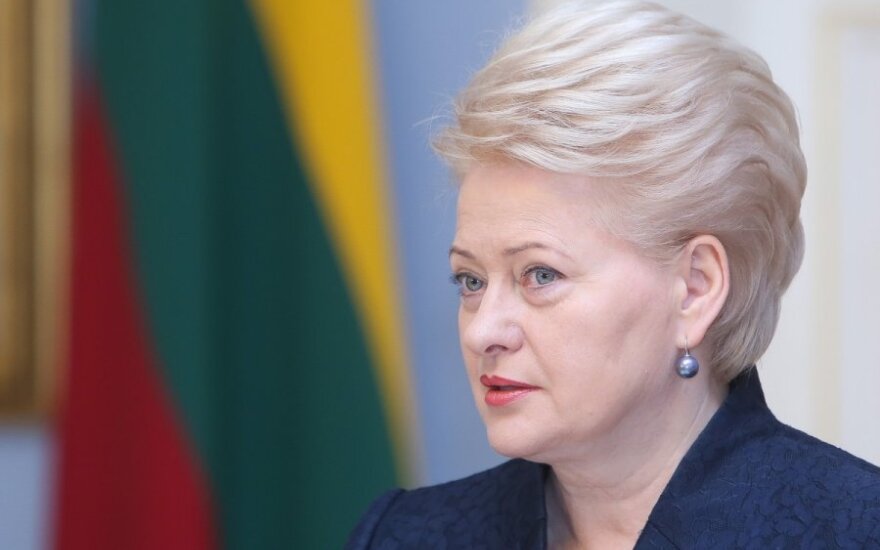 The proposals are envisaged in the amendments to the Law of Provision of Information to the Public submitted to the parliament.

In the president's words, the measures are proposed "in the light of the increased frequency of information attacks and hostile propaganda".

Under the proposed changes, propagation and instigation of war, calls to infringe upon the sovereignty and independence of the Republic of Lithuania could lead a suspension or termination of broadcasting or rebroadcasting license, as well as monetary fines. According to the President's Office, a similar scheme is in effect in Germany, France, Slovenia and Malta.

"Few have doubts today that information security is part of national security. Hostile propaganda, instigation of war and hatred, misinformation from the outside jeopardize our country's democracy and security. We have to take steps and more actively integrate ourselves into the information space of the European Union," Grybauskaitė said in a press release.

In her words, Lithuania should be more integrated into the EU information space, so there should be a requirement that at least 90 percent of TV rebroadcasts should be in the official EU languages. According to the press release, Russian production accounts for up to 30 percent of all programmes rebroadcast in Lithuania.