(1)
Elta EN
Lithuanian President Dalia Grybauskaitė has once again submitted her amendments to the Law on Public Information, saying the aim of the bill is to ensure national security and protect the society from hostile propaganda and disinformation. 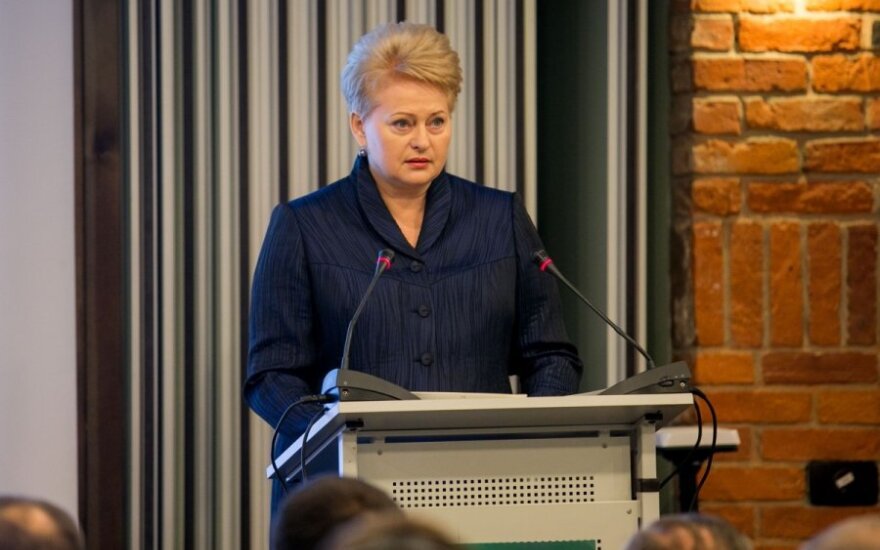 Under the proposed amendments, a penalty of up to 3 percent of a broadcaster's annual income would be imposed for spreading information that is deemed war propaganda, instigation to change constitutional order and encroach on the country's sovereignty.

Rebroadcasters of foreign-produced programming that "poses threat to Lithuania's statehood" would also be liable to penalties of the same size.

The bill also suggests that media companies that propagate war or call for revision of the Constitutional order would be disqualified from receiving state support for one year.

Under the amendments, Lithuania's radio and television commission would refuse a license based on reports about broadcasters' crimes against Lithuania or "links with certain organizations that may threaten national security".

In the explanatory note, the president said that Russian-language television programmes that feature propaganda have an audience of 15 percent of Lithuania's population, or about 400,000.

"Every day makes us face new information warfare attacks. Their targets are our people. People are fed with information which encourages mistrusting their state, history and armed forces, membership in the European Union and NATO. The Constitution obliges us to protect the information space of Lithuania. We must not stay defenceless in this warfare," Grybauskaitė said.

In October, the Lithuanian parliament voted down another bill proposed by President Grybauskaitė which suggested cutting back on the volume Russian TV programming broadcast in the country.

President Dalia Grybauskaitė's proposed amendments would allow punishing Estonian-registered Viasat, which has until now ignored decisions by the Lithuanian Radio and Television Commission (LRTK), the chairman of the supervisory body said.

"Speaking about Viasat, it will not matter whether a rebroadcaster is registered under the jurisdiction of Lithuania or not. What will matter is that it provides such services in Lithuania. If it carries out such activities, it would be held responsible," Edmundas Vaitekūnas told BNS.

Viasat and several Internet televisions failed to abide by court-approved decisions to temporarily restrict rebroadcasts of some Russian TV channels in Lithuania.

Viasat has told the LRTK that the company is not engaged in licensed rebroadcasting activities in Lithuania, but only sells satellite TV equipment, and that it is subject to Estonian laws.