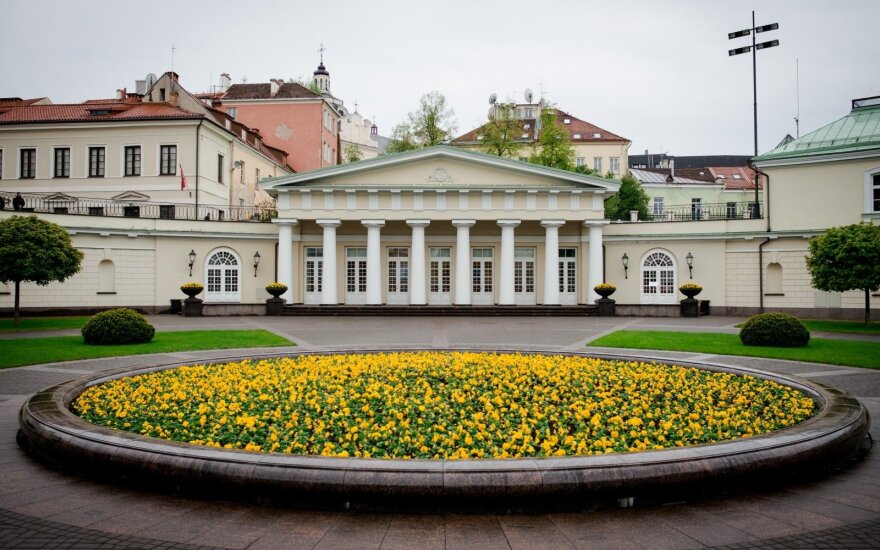 During the meeting with Prince Edward and Sophie, Countess of Wessex, the Lithuanian president underlined that despite Britain's decision to leave the European Union, "the continent's security architecture will be unimaginable without it“, the presidential office said.

According to the Lithuanian president, the meeting also touched upon Lithuania's Soviet occupation and deportations of residents of the Baltic states.

"It once again proves that it was occupation and a negative attitude towards the Baltic nations by Russia. It was the thing our guests didn’t know and it was important and interesting for them to see Lithuania with such complex history and so changed for the better," the president said in a recording published by the presidential office.

According to the presidential office, bilateral relations, growing business ties as well as innovation and high technology promotion were discussed during the meeting. It was stressed that the UK has created over 20,000 jobs in Lithuania, and Britain has become "a second home" for many Lithuanians.

Grybauskaitė also expressed hope that interests of Lithuanian and other EU citizens would be protected during the Brexit negotiations.

The presidential office also underlined Britain's role and responding to hybrid threats in Europe and its contribution to NATO's defense of the Baltic states through the deployment of its troops.

During the visit, Prince Edward together with the president will deliver the Duke of Edinburgh's Awards to the youngsters of Lithuania, who aim for personal development through volunteering, scientific knowledge, sports, and arts, at the Palace of the Grand Dukes of Lithuania.

The royal couple will also visit Vilnius University, open an exhibition focusing on diplomatic relations between Lithuania and the UK during the inter-war period, and pay tribute to the memory of Lithuanian freedom fighters.

Prince Edward is the youngest son of British Queen Elisabeth II and is the tenth in line to the thrown.

Prince Edward is a patron of numerous social and culture projects. The Earl of Wessex developed a strong interest in the arts and acting as a young man and is a patron of Windsor Festival, the National Youth Theater of Great Britain and the City of Birmingham Symphony Orchestra, which is currently conducted by Mirga Gražinytė-Tyla.

The Countess of Wessex devotes a lot of attention to supporting people with disabilities and prevention of blindness. She also contributes to promoting gender equality in the labor market and is a patron of over 70 organisations.

The United Kingdom's Prince Edward , Earl of Wessex, will pay a visit to Lithuania on Wednesday.

A plane belonging to Yevgeny Prigozhin, a Russian oligarch having close ties with Russian President...

Lithuanian President Dalia Grybauskaitė is on Wednesday leaving for Brussels to meet with other EU...

Lithuanian President Dalia Grybauskaitė says the United Kingdom should decide what it wants to...