BNS
The popularity of Lithuania's President Dalia Grybauskaitė saw a slight decline in September from the earlier month, while the ruling Lithuanian Farmers and Greens Union and the opposition conservatives enjoy roughly the same support among political parties, shows a survey conducted by RAIT pollster for BNS Lithuania. 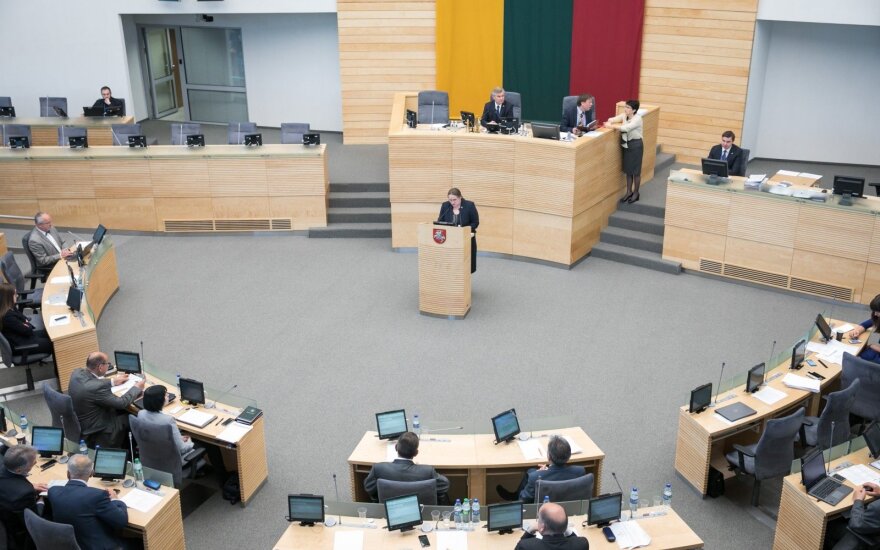 The number of those favoring Grybauskaitė fell from 66 percent to 60 percent, while the dislike rate was at 15 percent.

Immediately before and during the survey, the large-scale Russian-Belarusian exercise Zapad 2017 was the top topic, and the president's critics censured her for flying off to New York for a United Nations (UN) event during the exercise.

No major changes were reported on the line-up of political parties. The first two spots were taken by Farmers and the conservative Homeland Union – Lithuanian Christian Democrats, with support of 17 percent and 16 percent, respectively. They are followed by the Social Democratic Party and the Liberal Movement with 11 percent and 9 percent.

Two major developments – the corruption suspicions against the Liberal Movement and the Labor Party, as well as the Lithuanian Social Democratic Party's decision to pull out of the ruling coalition – came on the last days of the survey, therefore, the results do not reflect their possible impact. The 2018 budget draft was presented after the survey.

No major changes were reported in the ratings of Lithuania's parties, personalities and the government...