Elta EN
aA
President Dalia Grybauskaitė congratulated members of Parliament with the start of the autumn session on Wednesday. As Lithuania and Europe experience a tense time, the president wished for a focused, responsible and wise session. 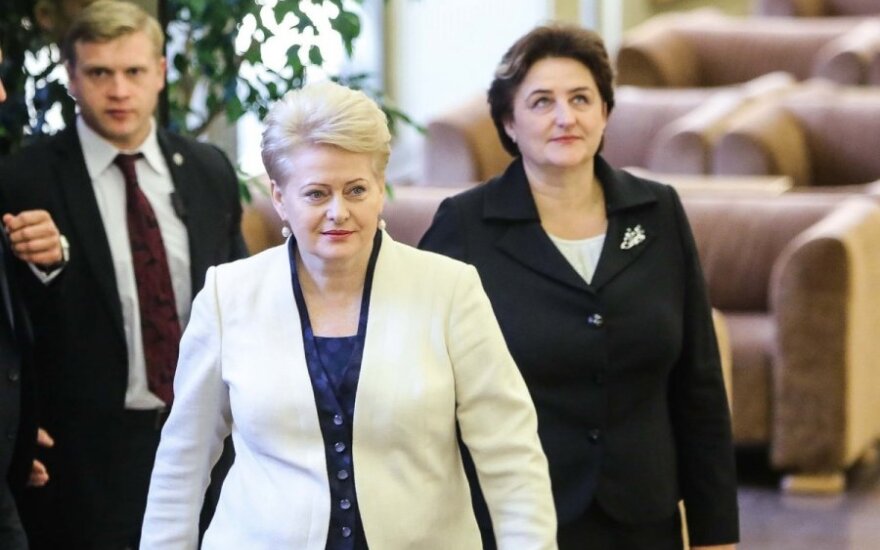 "After exemplary recovery from the global economic crisis, we already can and must help the Lithuanian people feel the economic growth. Therefore, while strictly complying with fiscal discipline, we must restore the reduced pensions, thanking the retired for their understanding and solidarity in the hard time for the state.

"We must also find opportunities to solve problems of people earning the lowest income. Let us not forget equal development of regions either, especially those regions that face the biggest difficulties, are the most sensitive geopolitically and require attention and investment the most. So that every Lithuanian citizen would feel that he lives in a country that not only provides freedom but opportunities to live a secure, dignified and full life as well," said Grybauskaitė.

The president urged members of Parliament to complete final preparations for adopting the euro and do everything for Lithuanian people to feel its benefits, avoid misunderstandings and artificially rising prices.

Grybauskaitė encouraged not to give in to short-sighted temptations and look beyond the upcoming mayoral and municipal elections.

"Let the first Lithuanian budget in the euro be rational, balanced and determining long-term development," the president said.

As members of the Lithuanian Parliament gathered for the ordinary autumn session, Seimas Speaker Loreta Graužinienė wished them to have constructive discussions, focus and fine achievements.

The speaker is convinced that if Parliament is focused, it can achieve a lot for the sake of Lithuania and its people.

"Tense geopolitical situation calls for our focus, integrity and responsibility as members of Parliament because our nation is keeping an eye on the leaders of the state. Parliament of the Republic of Lithuania is the nation's representation and we must be to our credit," the Seimas Speaker said.

During the first autumn session sitting of the Seimas, Graužinienė wished the MPs to have useful discussions rather than bitter quarrels. "I really wish that such discussions would have the ideological content," she said, stressing the importance of the quality of laws that the Seimas adopts.

The autumn session commences on 10 September and ends on 23 December.

Lithuania's parliament is opening its autumn session on Wednesday.

Repeated and deliberate failure to attend plenary meetings, which leads to interruptions of adoption...

Parliament Speaker Loreta Graužinienė says that the priorities for the upcoming autumn session of...