BNS
aA
Europe must learn its history lessons and prevent the rise of a new aggressor whom some people don’t want to see, Lithuanian President Dalia Grybauskaitė said on Tuesday as the world marks the International Holocaust Remembrance Day. 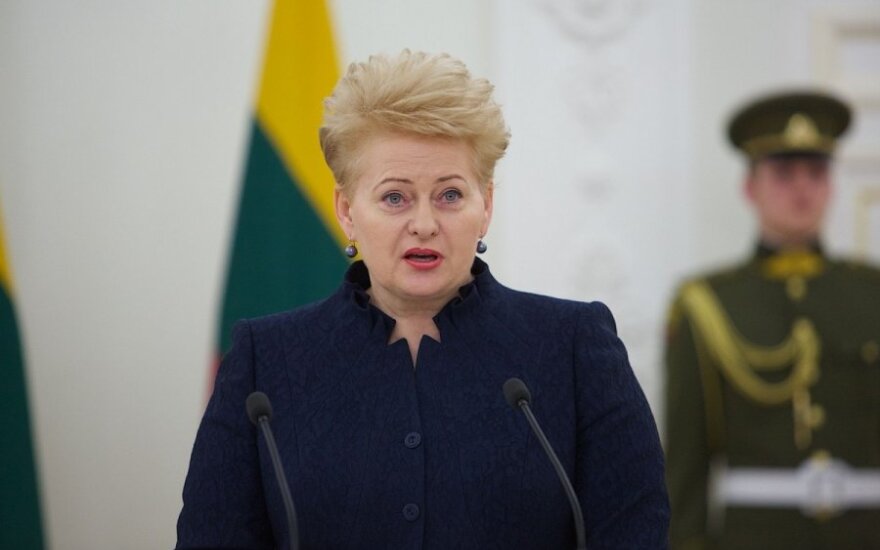 According to the president, situation in Europe today has parallels with events of the first half of the 20th century, with the rise of Hitlerism, with the acceptance or disregard that then allowed the aggressor's regime to take root.

"Unfortunately, we can see parallels in today's Europe as well when some people don’t want to see the aggressor and choose to accept the things that are now happening in Europe and the world. We have major international terrorism far from Lithuania's border. But a little closer, we see open aggression of a neighbour against a neighbour. And these are crimes against humanity – aggression, violence, especially against civilians. We now see more civilian people rather than armies, armed people, hurt in military conflicts," the Lithuanian president told the national radio LRT on Tuesday.

Along with other state leaders and representatives of international organizations, President Grybauskaitė is attending the commemoration of the International Holocaust Remembrance Day in Auschwitz on Tuesday.

This year marks the 70th anniversary of the liberation of Auschwitz extermination camp.

Survivors of Auschwitz camp were liberated on 27 January 1945. Ten years ago, the United Nations General Assembly designated January 27 as the International Holocaust Remembrance Day. Auschwitz was the largest concentration camp established by the Nazi regime. Between 1940 and 1945, around 1.5 million people of different nationalities were killed in this camp.