BNS
aA
NATO's decision to increase its Response Force capability to up to 40,000 troops and set up headquarters in six Eastern European countries shows that NATO is capable of responding adequately to the changing security situation and making swift decisions, Lithuanian President Dalia Grybauskaitė says. 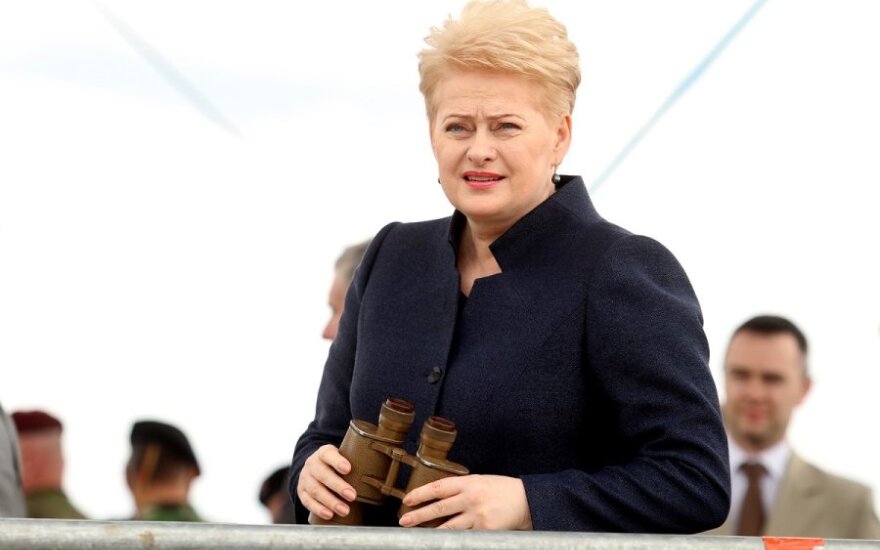 "It means that not only we are talking about threats, that they are real, but NATO is also responding adequately. We agreed in Wales that the Response Force will have only around 5,000 troops. As we see, we already have the decision on 40,000 troops in a year and a half. It means that NATO countries realize and hear what we are saying and they are really evaluating threats," she told the national radio LRT on Thursday morning.

According to Grybauskaitė, the decision means that "together with our rapid response forces, if every countries contributes, so our protection is growing."

"In terms of security, we are more assured. And the fact that NATO headquarters will be set up in six countries is also a good sign that decisions are executed and amended depending on the changing situation, and that's very good. NATO shows that it's capable of responding adequately and making decisions, and does that fast," Grybauskaitė said.

NATO Secretary General Jens Stoltenberg announced on Wednesday that NATO defence ministers had decided on air, maritime, and special forces components of the enhanced NATO Response Force (NRF). The NRF will now consist of up to 40,000 personnel, up from the previous level of 13,000.

Small NATO headquarters will also be set up in six Eastern European countries, including Lithuania, each set to employ 40 personnel.

The changes come in response to Russia's aggression in eastern Ukraine.

NATO defence ministers on Wednesday in Brussels finalized details on the six small headquarters to...

At a NATO meeting of defence ministers in Brussels on Wednesday, Lithuania together with Bulgaria ,...

Lithuanian foreign minister: We are not looking to escalate regional tensions

Minister of Foreign Affairs of Lithuania, Linas Linkevičius , has emphasised that the goal of NATO...

US weaponry should reach Baltic states in early 2016

The first heavy US weaponry should reach the Baltic states in early 2016, Lithuania's Ministry of...