(2)
BNS
aA
The European Council's decision to relocate 40,000 refuges from Greece and Italy to other EU member states over the next two years is a symbolic step, Lithuanian President Dalia Grybauskaitė says, adding that the migration problem needs a more serious solution. 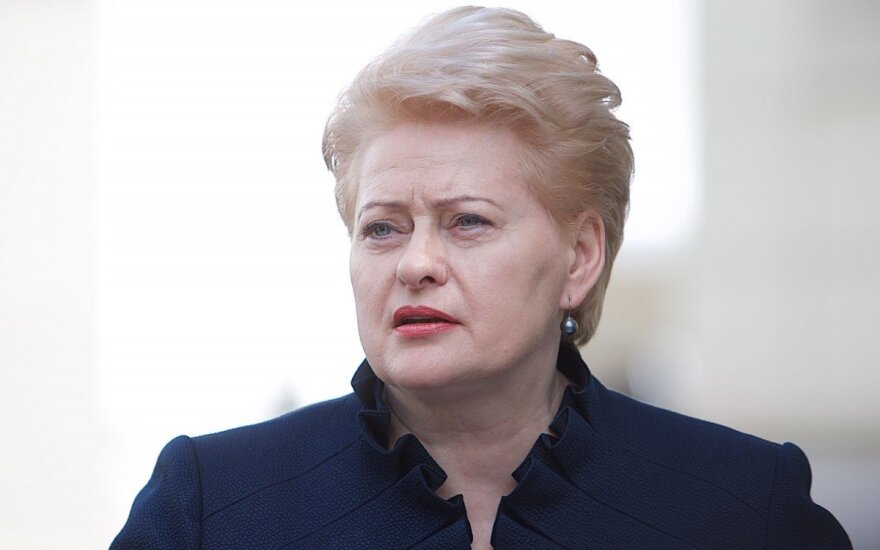 "The move is a fairly symbolic one as we need to show solidarity with Southern countries," the president told the Žinių Radijas news radio on Friday. "It's the European principle."

"And the migration problem needs a really more serious solution which would involve border protection, destroying human trafficking networks, as well as a policy of refugee return and readmission," she underlined.

EU leaders agreed on Friday that 40,000 refugees would be relocated from Greece and Italy to other EU member states over the next two years.

The scheme will be finalized by the Home Affairs Council by the end of July, the Press Service of Lithuanian President Dalia Grybauskaitė said in a statement on Friday.

Grybauskaitė said she was glad the scheme was voluntary and criticized the European Commission for seeking to introduce refugee quotas for member states.

"The key thing is that we have a number and the key thing is also the principle of solidarity. The Commission's attempt to impose certain numbers for member states by force has failed," Grybauskaitė said.

The Lithuanian government has approved in its resolution that Lithuania by its own voluntary decision could take in up to 250 asylum seekers over the course of two years.

Member states will receive a 6,000-euro lump sum for each relocated person under the Asylum, Migration, and Integration Fund. Lithuania has been assigned EUR 10.8 million from structural funds for 2014-2020 for the development of the asylum system as well as for the integration and return of refugees.

EU leaders have agreed that 40,000 refugees will be relocated from Greece and Italy to other EU...