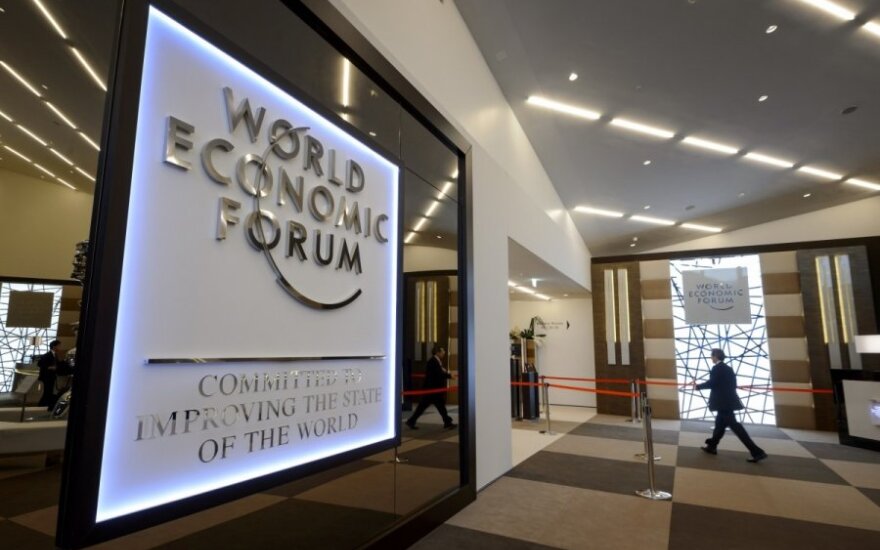 Grybauskaitė was invited to be the keynote speaker at the debate on the effects of geo-economics on energy, the Lithuanian President's Office said.

During a roundtable discussion which will also be attended by top executives of the world's largest energy companies, influential experts and analysts who are shaping global energy trends, the president will present Lithuania's experience in strengthening energy security and discuss the impact of geopolitical challenges on the global energy market.

Her agenda for Thursday includes a meeting with secretary general of the Organisation for Economic Cooperation and Development (OECD), Angel Gurria. Lithuania is due to start negotiations on accession to the organization later this year.

This will be the 45th time Davos hosts the World Economic Forum since 1971.

The 21-24 January event will be attended by about 1,500 economic leaders and 40 heads of states and governments. This year, discussions will cover a broad range of issues from oil prices to the future of the Internet.

This will be Grybauskaitė's first time in Davos. Her predecessor Valdas Adamkus attended the forum in 2001, 2008 and 2009.

This year in the World Economic Forum meeting in Davos, one of the most prestigious events attended...

Lithuania shall review its energy strategy in the light of geopolitical environment, President Dalia...

Invitation of President Dalia Grybauskaitė to the World Economic Forum (WEF) shows her...

The president of Lithuania will next year attend the prestigious World Economic Forum in Davos after...