Lithuanian president: Jets near Baltic air-space are sign of Russian stupidity, not power 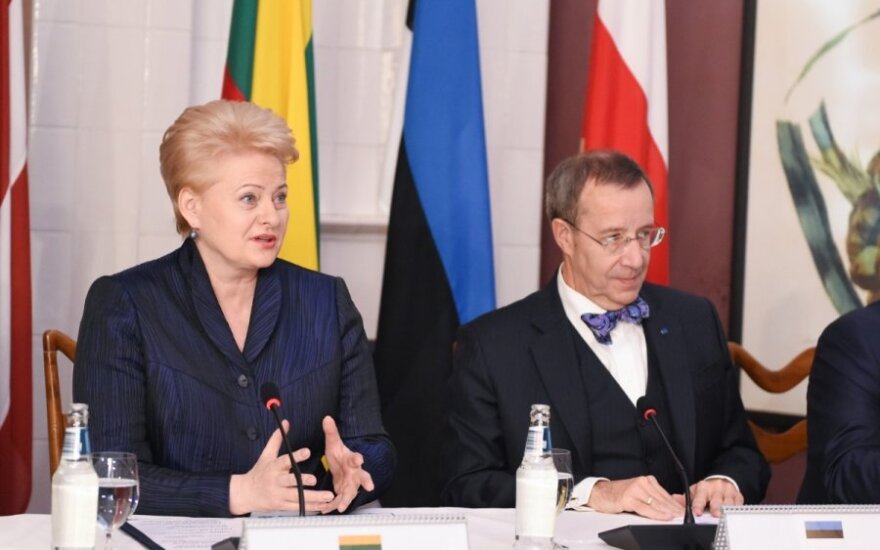 "Probably Russians would like us to think that they are demonstrating power. Probably they would like us to think that they are strong and dangerous. And, of course, they are looking for some kind of provocations, because some planes are flying without response or giving identifications or even with some technologies where they are not seen on the radar. And this means that it is very dangerous for collisions and problems can occur in the air," Grybauskaitė said at a joint news conference with her Baltic and Polish counterparts in Estonia on Tuesday.

Estonia's President Toomas Hendrik Ilves did not rule out the possibility that the Russian actions could lead to a disaster similar to the crash of the Malaysian passenger jet in eastern Ukraine.

"This is a threat to civilian aviation. I'm actually counting on the European Union to take a far stronger stance on this issue (...). When planes are flying without transponders in the time of peace, we can have huge catastrophes. We already know what happened to MH17. We don't want planes falling down in Europe, because one country does not follow its international obligations," Ilves said.

During the meeting in Tallinn on Tuesday, the presidents of Lithuania, Estonia, Latvia and Poland, Grybauskaitė, Ilves, Andris Berzins and Bronislaw Komorowski, reviewed the implementation of decisions adopted at the NATO Summit in Wales as well as energy, information and cyber security issues.

NATO fighter-jets in Lithuania take off once last week

NATO air-policing jets took off once last week due to Russian aircrafts, the Lithuanian Ministry...

After the mysterious hunt for a submarine off the coasts of Sweden , a Portuguese Air Force...

Russia n warships were observed near the Baltic states four times over the past week, they were...

NATO fighter jets have taken off more than 100 times so far this year, compared to just four times...