BNS
aA
Inauguration events for Lithuanian President Dalia Grybauskaitė, who was re-elected for a second term in May, took place in Vilnius on Saturday. 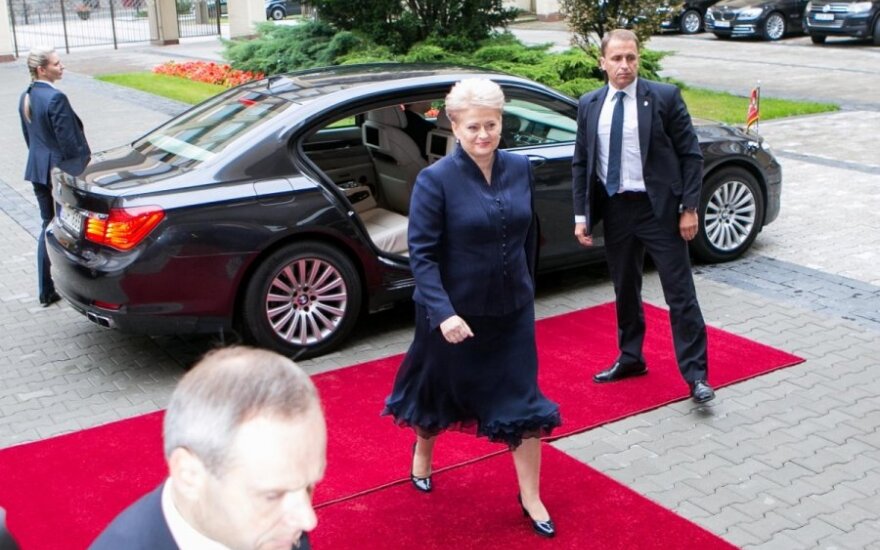 The inaugural ceremony started with a solemn parliamentary sitting in the historic 11 March Hall at 11 AM where Grybauskaitė took the presidential oath and delivered her inaugural address.

The oath was heard by Constitutional Court chairman Dainius Žalimas.

After the oath-taking ceremony at the Seimas, the president will attend the Holy Mass at Vilnius Cathedral.

Following the service, the president will be saluted by the flags of Lithuanian cities and towns in Cathedral Square. Later, she will join a festive procession to Simonas Daukantas Square.

Performing her constitutional duty, President Grybauskaitė will meet with Prime Minister Algirdas Butkevičius who will return the powers of the Government of the Republic of Lithuania.

The inauguration ceremony will culminate with an open-air gala concert at Simonas Daukantas Square opposite the Presidential Palace.

Grybauskaitė was re-elected for a second term after receiving 57.9 percent of votes in the presidential run-off on 25 May.