Lithuanian president: Greece wants others to pay for its party

BNS
aA
Greece wants to feast and to have other countries pay its bills, Lithuania’s president has said, adding that Lithuania has a tough stance towards the Greek debt crisis in particular as the country does not want, in the president's words, to take responsibility for several decades of living beyond its means. 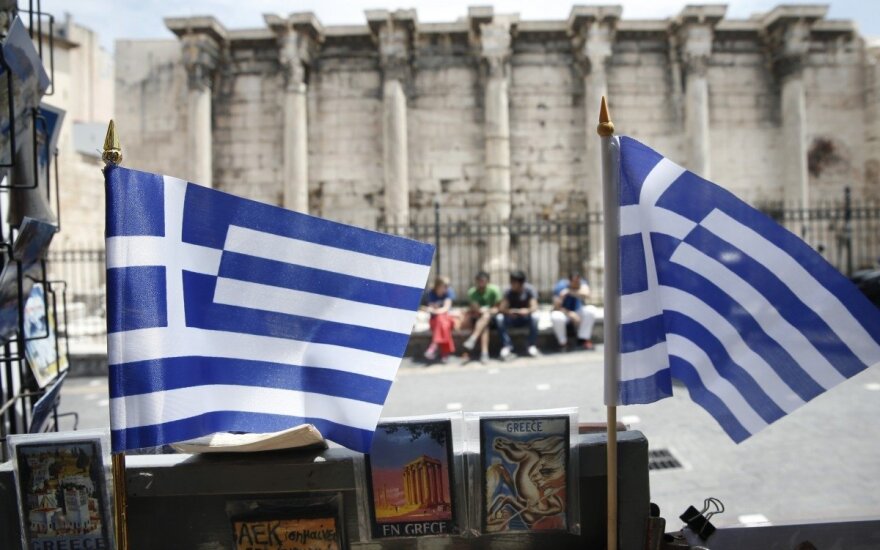 “We have seen Portugal, Spain, Ireland, Latvia managing through a difficult period and the crisis, so it is possible to cope with such difficulties. Lithuania has also managed to cope with the crisis. And now we see a country, which wants to feast and have others give money for that feast,” Dalia Grybauskaitė told the LRT Radio before leaving to the euro area summit in Brussels.

Lithuania’s stance was tough as Greece did not want to take responsibility for living beyond its means, she said.

“Our stance is rather tough in particular as many countries always behave in a responsible way when they encounter such difficulties… Meanwhile, there we see the results of irresponsible behaviour by, I’d say, several generations of politicians. The country got entangled in huge debts. It failed to restrict its spending and ladled out money. Just to mention the 13th and even the 14th salary, pensions, and so on and so forth. So the country spent a couple of decades living beyond income and now it is trying to say, in particular its new government, that all countries should help them. However, they do not take any responsibility themselves,” Grybauskaitė said.

However, the Lithuanian president believes that Greece will stay in the eurozone, at least in the near future, since an exit from the monetary union would deal a huge blow to the country.

“I’d say that the exit is a very distant prospect or not something to discuss now. The Greek government does understand that, first of all, it would be a huge shock for the country and 75 percent of the Greeks want to stay in the euro area. So I think that probability isn’t high in particular as Greece’s default… won’t imply an automatic exit from the euro area,” Grybauskaitė said.

“Therefore I think this possibility can be ruled out, at least in the nearest time, which is advantageous for Greece as exit from the euro area would mean hyperinflation, financial instability and the collapse of the financial system,” she added.

EU Council President Donald Tusk called an emergency summit of the leaders of the 19 eurozone countries on Monday in Brussels as the finance ministers who met in Luxembourg on Thursday failed to break the five-month stand-off between the anti-austerity government in Athens and its EU-IMF creditors, who have demanded painful reforms.

Emergency euro area’s summit, which will be held on Monday, may rouse Greece to action in...

Lithuanian finance minister: Not sure if Greek banks will open on Monday

After negotiations between Greece and its international lenders failed, the country's future in the...

Debt-ridden Greece will hardly be able to pay 1.6 billion euros to the International Monetary Fund...