BNS EN
aA
Lithuania's President Dalia Grybauskaitė says that the government-proposed tax changes should ensure more social justice, while the current proposals will raise heating prices and the new ceiling on social insurance payments will further increase the income of those making the highest salaries. 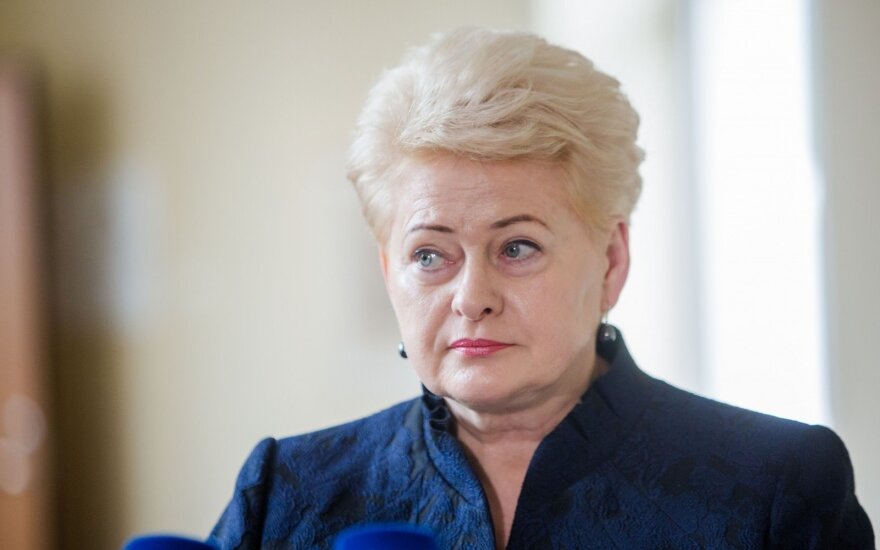 "For now, we see that the package of proposals still contains increase of heating prices for the population and the 'gift' of Sodra (social insurer) ceiling of 40 million euros who make a lot of money," Grybauskaitė said in a comment to BNS.

Meanwhile, the central Bank of Lithuania says that the government's course of tax changes is mainly correct, however, the proposed revisions are not enough to solve the most relevant problems of taxes and the social system.

"The proposals could be viewed as the start or the introduction. To solve or at least mitigate the main troubles of income inequality, small pensions and insufficient social security, health issues, we should provide more generous financing of many areas. However, we cannot afford this, as the level of revenue we collect and the level of public spending is almost the lowest in Europe, regardless of growing consumption," Vitas Vasiliauskas, the central bank's governor, said in a press release.

Economy Minister Mindaugas Sinkevičius says that a compromise on reduced value-added tax (VAT) for hotels will keep them competitive.

"We have dozens of projects planning to come to the biggest cities and Vilnius," the minister told a news conference on Thursday.

From the start of 2018, a new reduced 15-percent VAT is proposed for accommodation services, which currently pay a 9-percent tariff – a rate that was planned to be discarded and replaced by 21-percent tariff.

Stasys Jakeliūnas, chairman of the parliamentary Budget and Finance Committee, expressed approval to the majority of the government-proposed tax reforms, however, does not rule out corrections made during parliamentary discussions.

"I hope that the decisions in the Seimas will largely be in line with what the government proposed, however, we will not avoid temptations of financial populism. Reduced VAT on heating is one of them. The decisions may be modified, however, I support many of them," Jakeliūnas told the news conference.

The updated government proposals, which will be presented to the society later on Thursday, envisage keeping a reduced VAT rate for heating and hotels, however, the rate would seek 15 percent starting 2018.

Until June, a 9-percent VAT tariff applied to heating, with plans to reintroduce it in early October until the end of the year.

A 5-percent VAT rate would be applied on books and passenger transport, which currently pay 9 percent.

Lithuania's Prime Minister Saulius Skvernelis disagrees with the proposal made by their coalition...

Merely 1 in 10 respondents in Lithuania believe that the government-proposed tax reforms will...