Lithuanian president: Dialogue with Moscow is possible only after Ukraine's territorial integrity is restored

(4)
BNS
aA
Nobody wishes Russia ill but a dialogue is possible only after Ukraine's territorial integrity is restored, Lithuanian President Dalia Grybauskaitė said in an interview with Lithuania's LNK TV news program on Friday night. 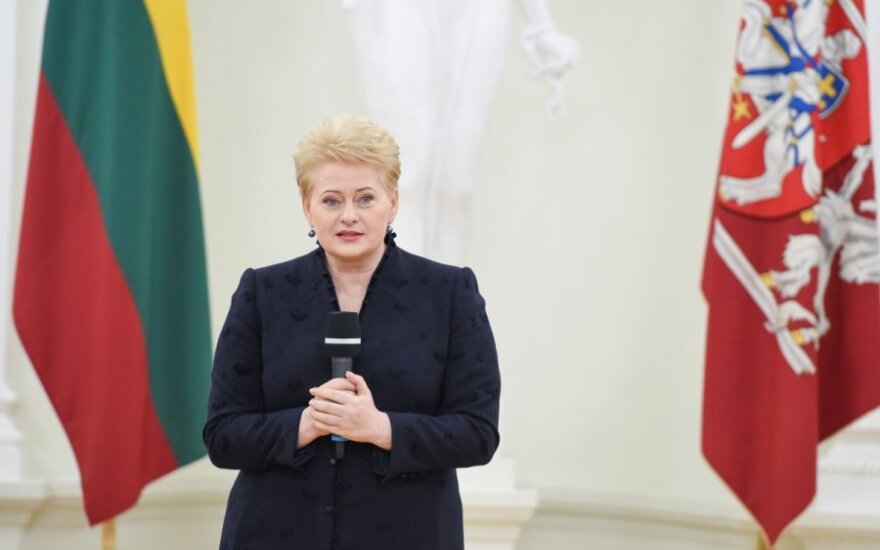 "It’s in fact everybody's problem as when military actions start, when tension starts and one or the other country starts acting aggressively with regard to another country, a neighboring country, then it's a problem. And, of course, if one country feels insecure and is trying to express that insecurity through a rise in its aggression, through territorial annexation, through wars, it's, with no doubt, everybody's problem. A hungry and angry neighbor is of course, bad. Therefore, any problems our neighbor starts experiencing, and not only in Russia or Belarus, it's a matter of concern. And, really, nobody is wishing ill for our neighbors and those countries but Europe and we are ready to always leave the door open for a dialogue. But a dialogue is only possible when the aggression ends and when Ukraine's territorial integrity is restored," Grybauskaitė said.

Asked what future she sees for Ukraine, the Lithuanian president said it's very important to start building this country from scratch and make it West-oriented, and the European Union needs to help it.

"Ukraine made the decision itself after its people voted on the streets. The people of Ukraine were the ones who turned the country towards the West. The government is trying to do so but that's a long, painful and very complicated path. But the European Union and we, Lithuania, are ready to help this nation as today Ukraine is fighting not only for itself, not only for its territorial integrity, and not only for its freedom but for the freedom of the whole of Europe, including ours as well. That's way it's much cheaper and better for us to help Ukraine now than do that later, perhaps even in our own country's territory," Grybauskaitė said.