BNS
aA
Lithuanian President Dalia Grybauskaitė supports an initiative to set up a special fund or launch a special program for promoting development of the country's southeastern region to make use of the potential in the region densely populated by Lithuanian Poles. 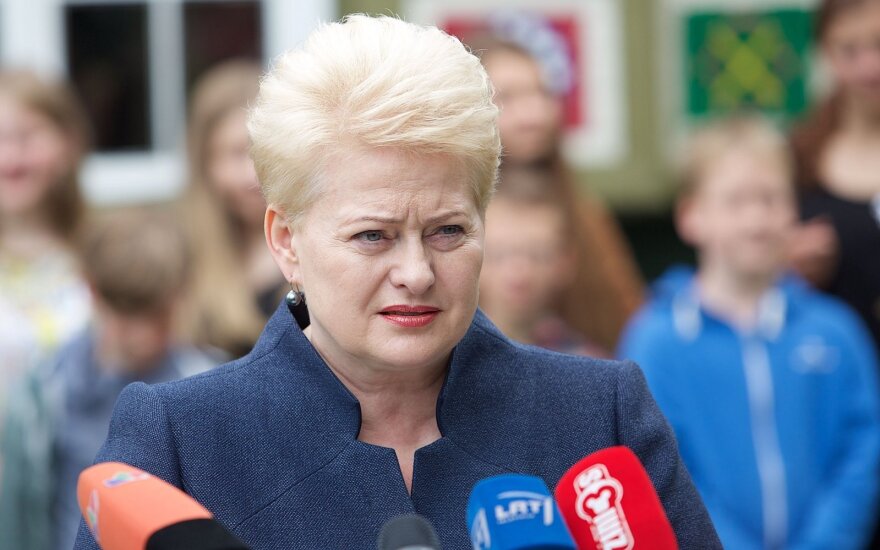 "These regions need constant attention. That's why I support the initiative to set up a special fund for southeastern Lithuania or a special program for this region," the president said in an interview with the Polish-language Kurier Wilenski daily, published on the newspaper's website on Monday.

According to Grybauskaitė, "similar initiatives help to close the social gap and create more jobs, step up the dialogue with people and also contribute to all our citizens feeling good and safe".

The Seimas of Lithuania has given its initial backing to the idea proposed by MP Valentinas Stundys, representing the conservative Homeland Union – Lithuanian Christian Democrats, to set up a Southeastern Lithuanian Regional Development Fund. But the country's Interior Ministry disapproves, saying that the existing legal regulation is enough for a regional policy and adding that some proposals might run counter to the Constitution and unfoundedly restrict the government's powers.

The president's interview was published as she is scheduled to visit Lithuania's southeastern Šalčininkai District on Wednesday.

The Lithuanian president believes the Districts of Vilnius and Šalčininkai have long received "much too little attention" from the state and the two districts are lagging behind the country's average in terms of unemployment, average pay and direct investments.

"Southeastern Lithuanian region's situation is exceptional due to social, political and economic reasons. This region needs more attention from the government to resolve local problems and step up dialogue with residents of these districts," the president said.

Grybauskaitė also said in the interview that "tensions between Lithuanian citizens of Lithuania and Polish nationality are very often caused artificially in pursuit of political goals".

"They are specifically sparked from the outside or by individual politicians who have their own interests. A person's ethnicity and identity are used as political instruments. Such setting of people against each other and their hounding is harmful for the state. We must, therefore, try and create conditions for all people in Lithuania to live harmoniously. With our personal example, we must all show that we honestly want that," the Lithuanian president said.