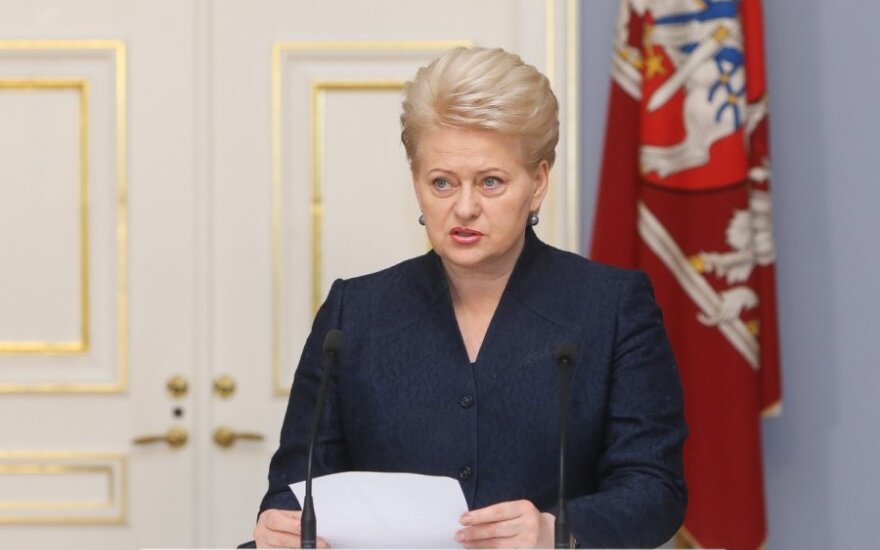 "I signed the document," the president told journalists after meeting with the prime minister.

The 16th government will not include Valentinas Mazuronis of the Order and Justice party as environment minister, Social Democrat Vytenis Povilas Andriukaitis as healthcare minister and the Labour Party's Vigilijus Jukna as agriculture minister. Mazuronis was elected to the European Parliament (EP), Andriukaitis has been nominated for the European Commission, while Jukna resigned amid the president's criticism due to what he said were family reasons.

They will be replaced by the Labour Party's Virginija Baltraitienė, Kęstutis Trečiokas of the Order and Justice party and social democrat Rimantė Šalaševičiūtė as ministers of agriculture, environment and healthcare, respectively.

After parliament endorsed Butkevičius as PM on Tuesday, Grybauskaitė re-appointed him as the head of the Cabinet.

Butkevičius has been heading the government since December 2012 after his Social Democratic Party formed a center-left ruling coalition with the Labour Party, the Order and Justice party and the Electoral Action of Poles in Lithuania.

Lithuania’s Energy Minister Jaroslav Neverovič has signed an order accepting the resignation of...

Ministers have been ordered to reduce their expenses by 5 percent next year and also cut the number of...

The Seimas of Lithuania on Tuesday voted in favour of allowing Social Democrat Algirdas Butkevičius...