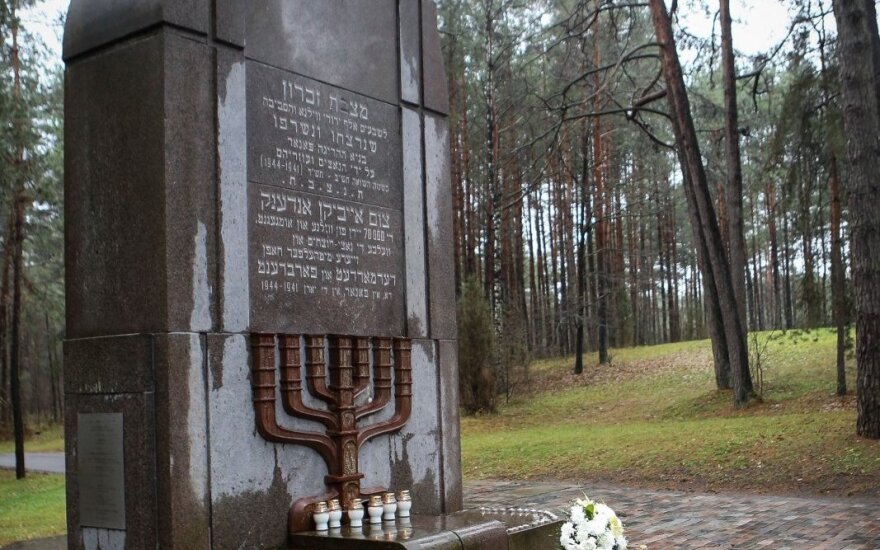 In her speech, Graužinienė emphasized that the suffering of the Jewish nation should be known, realized and accepted as an inseparable part of the past, while the strength of survivors should become a lesson of human dignity.

"Forgetting, deleting or ignoring the experiences would be the same as justifying the crimes that were committed. Therefore, we focus on getting the young generation of Lithuania to know the page in history," the parliamentary speaker said at a memorial ceremony held on the eve of the Holocaust Memorial Day.

The government chancellor, Mačiulis, said genocide was one of the most horrific episodes in the history of Lithuania: “No wars, fires or plague epidemics will be as terrible as the (developments in) Paneriai. People were annihilated here under a murderous plan. At all times of the year, day and night. Nearly all of the Lithuanian Jerusalem was annihilated here.”

On September 23, Lithuania will observe the Holocaust Memorial Day, witnessing the history of the Vilnius Ghetto that was destroyed on that day in 1943.

Nearly 90 percent of Lithuania's pre-war Jewish population of about 208,000 was annihilated by the Nazis during World War II, often with the help of local collaborators.

Over 800 Lithuanians have been listed as Righteous Among Nations for rescuing Jews.

After President Dalia Grybauskaitė changed a 2000 decree on state awards for Lithuania's post-war...

Lithuanian President Dalia Grybauskaitė will on Tuesday, the eve of the National Memorial Day for...