aA
A number of politicians are in control of news media outlets, both those in the ruling coalition and the opposition parties, according to a dataset from 2013 on news media ownership. 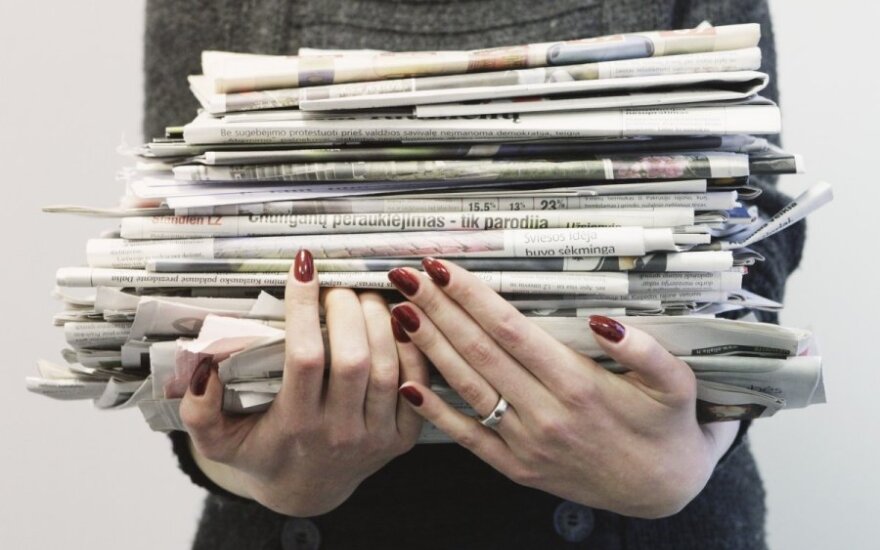 The NGO Transparency International Lithuania department (TILS) has displayed data in its refurbished website stirna.info which shows that in 2013, as before, the newspaper Rinkos Aikštė was partly owned by Viktor Uspaksihc, a member of the European Parliament and founder of the Labour party. He also owns 51 percent of Interneto Žinios, a company in control of 20 different news portals.

According to the portal’s data, in 2013 former minister of agriculture, Labour Party member Živilė Pinskuvienė owned shares in the company that manages the newspaper Širvintų Kraštas.

Another labour party member Viktor Fiodorov is also a part-owner for the company Interneto Žinios.

The Social Democratic Party owns a symbolic 0.1-percent stake in Lietuvos Žinios. The company owns the newspaper Lietuvos Žinios and the news portal lzinios.lt. The situation has not changed in 2014, BNS was told by representatives of the Ministry of Culture.

Parties are barred by law from directly owning news media. However, this does not apply to individual party members, who are only obligated to disclose ownership. The law concerning the matter does not demand owners to declare their economic and financial ties to economic entities or family connections with state officials.

The TILS suggests the law needs amending to include a previously stricken-out provision for such information to be disclosed. The TILS website provides information from the Ministry of Culture and the Lithuanian Radio and Television commission, which encompasses the period from 1996 to 2013. It provides information about connections between politicians, news media and businesses.

Last year, 935 news media outlets declared who their owners were.

President Dalia Grybauskaitė signed amendments to the Law on Provision of Information to the Public...